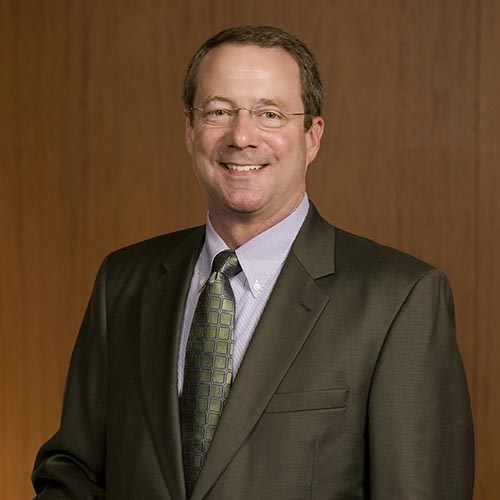 Rick, a lifelong resident of Delaware and the third generation of his family to serve in funeral service, is a graduate of Brandywine High School, the University of Delaware’s College of Business and Economics, and Catonsville (MD) Community College’s Department of Mortuary Science. He is a Certified Crematory Operator. Rick started his career at McCrery Funeral Homes in 1978, ultimately purchasing the business from Albert J. McCrery, III in 2008 and in 2011 changing the name to McCrery & Harra Funeral Homes and Crematory.

He has served on the Boards of: The Friends of Rockwood Museum, The Cancer Support Community (formerly The Wellness Community), The University & Whist Club, The Old Swedes Foundation, and the Caesar Rodney Rotary Club where he also serves as Chaplain. Rick was twice appointed by Gov. Thomas R. Carper as a professional member of the State of Delaware’s Board of Funeral Services. He is a member of St. David’s Episcopal Church, Brandywine Hundred, where he volunteers as a Communion Assistant and Eucharistic Visitor. At the Episcopal Diocese of Delaware’s 227th annual convention in 2012, Rick was elected to a four year term as a lay member of the Standing Committee of the Diocese, and, in 2015 he served as President of Standing Committee. At the 231st annual convention in January, 2016 he was elected to a six year term as a Trustee of the Episcopal Diocese of Delaware, and also in 2016, he was commissioned as a member of the Transition Committee for the installation of The Rt. Rev. Kevin Brown, the eleventh Bishop of the Episcopal Diocese of Delaware. He was reelected to the Trustees in 2021.

Rick’s wife, Amy, also a University of Delaware graduate, helps in the family business and is also proud to be a Registered Nurse. They have one daughter, Anne, who lives in Philadelphia and is pursuing her dreams.