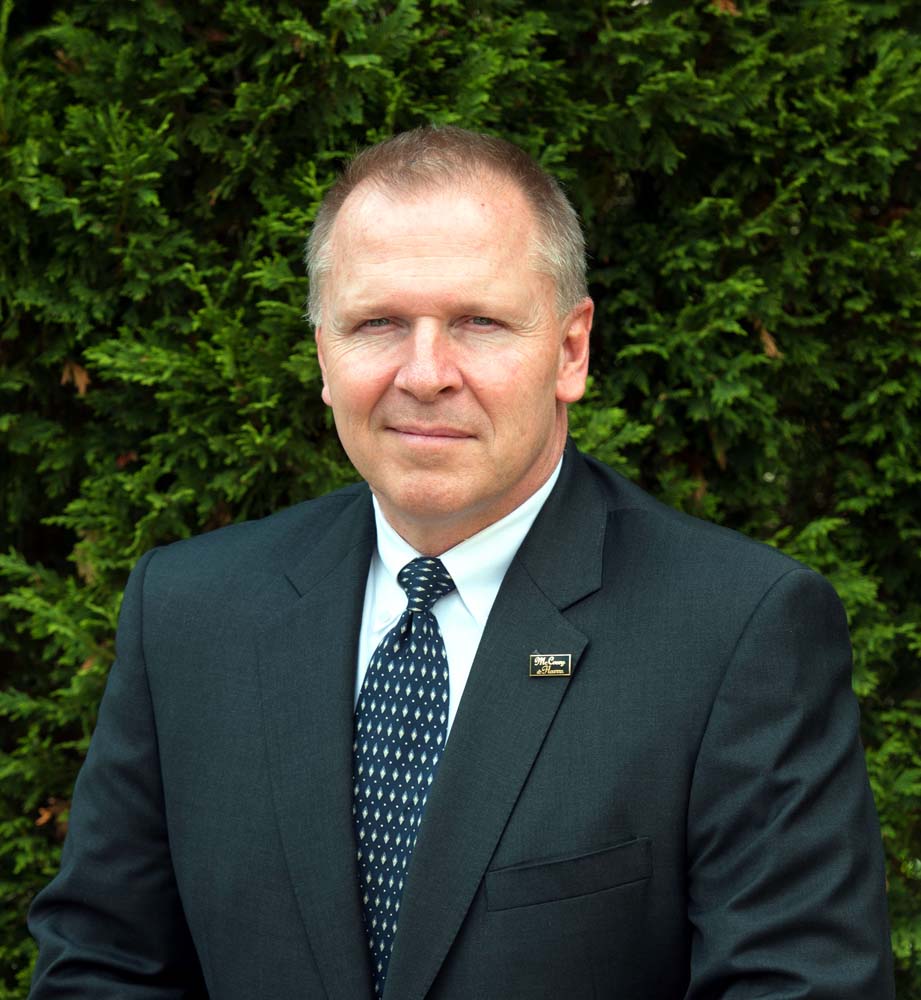 Nicholas Paulson, raised in Claymont, DE and is a member of Holy Rosary Church and a graduate of the former elementary school. He graduated from Salesianum School in 1981 and graduated from Miami-Dade Community College with an Associate Degree in Funeral Service Education. He has been employed at McCrery & Harra’s since 1989. He is a licensed funeral director in Delaware and Pennsylvania.

Nicholas and his wife Eileen were active in the; former sports programs at Holy Rosary Parish, Ashbourne Swim Club and The McAleer School of Irish Dance.

Even after his children have grown, he still volunteers at the North Brandywine Swim League’s Championships at Ashbourne where he was instrumental in the NBSL Preliminary/Championships being held at the pool since 1997. He is active with The Broesler School of Irish Dance (locations in DE, NJ & NY) as their sound man/roadie for many of their performances and the Irish Culture Club of Delaware’s Irish Festival(Delaware Feis). His wife is a school nurse for the Christiana School District and is a dance teacher for the Broesler School of Irish Dance. He has two children, Kathleen, a graduate of St. Marks HS and Neumann University and Nicholas, who graduated from Salesianum School also and is now attending the University of Delaware.