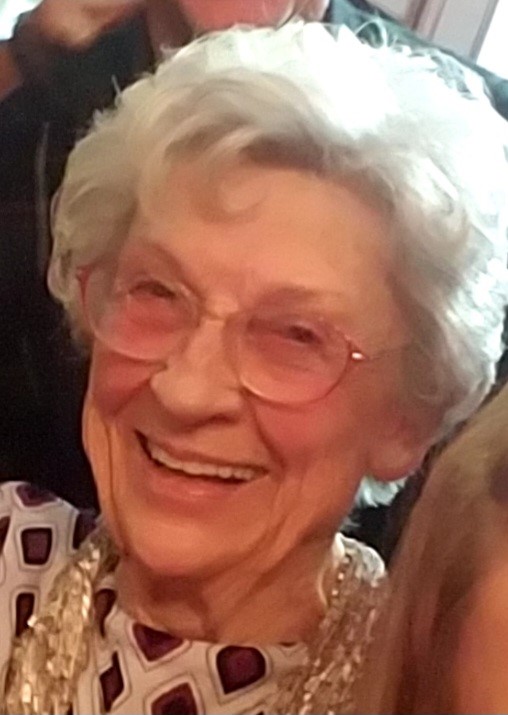 Maybelle “Trudy” (Horst) Maier of Wilmington passed away peacefully in her sleep on January 22, 2023, at 94 years young. She was preceded in death by her beloved husband, Richard “Dick” P. Maier, Sr. Trudy was the mother of three spirited boys: Rick of Macon, GA, Mike and Bonnie of Wilmington, and Jay and Julie of Knoxville, TN. She was blessed to have eight grandchildren and ten great grandchildren, as well as several great grand fur babies.

Trudy was born in Hagerstown, MD, to Mary (Glessner) and Roy Horst. Following graduation from Hagerstown High School in 1946, she worked at the office of a national finance company. In 1948 she was transferred to Wilmington, where she met and fell in love with Dick. Married in 1950, together they opened a service station in the city of Wilmington, which eventually moved to North Wilmington and became Maier’s Shell Station at the corner of Marsh and Wilson Roads. In addition to raising three boys and being the station’s bookkeeper, Trudy was passionate about giving back. She was active at the Lutheran Church of the Good Shepherd, volunteered at Luther Towers and the local AARP, was an avid bowler and golfer, and participated in various community committees. Trudy most enjoyed when her three sons and their families were able to visit.

The family would like to thank the wonderful nurses and staff at Sunrise of Wilmington, Compassionate Care Hospice, and the Lutheran Church of the Good Shepherd.