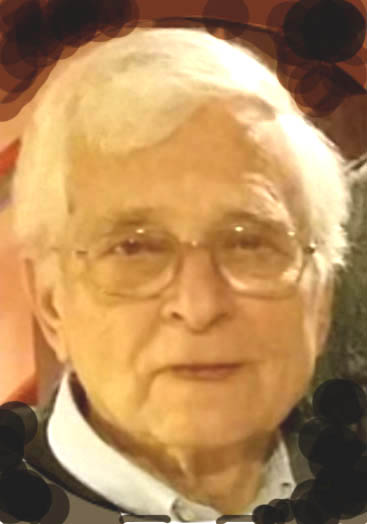 My father was the first son of the late Michael and Anna (Orenic) Cramer of Williamsburg, PA. (near Altoona). He was a 1947 graduate of the local high school, followed by several years employed as a lab technician for the Westvaco Corporation.

Dad was drafted in the U.S. Army during the Korean Conflict and after discharge, was employed at the DuPont Experimental Station in Delaware for 38 years.

Mom and Dad were married for 58 years, enjoyed traveling, whether to places as Aruba or Hawaii, or the countless trips visiting relatives in Pennsylvania. Dad was an active member of Sts. Peter and Paul Orthodox Church, where throughout the years, he served in various office positions and participated in the church fund raising programs. Dad also had a love for the outdoors, always working in his yard.

A special thank you to Kellie (Dad’s caregiver), Theresa and Fred, Kristen and his loving neighbor, Sue.

I will leave you with this quote that my dad read to me many times, by (Stephen Covey), Be Proactive, Begin with the End in Mind, Put First Things First, Think WIN/WIN, Seek first to Understand, Then To Be Understood, Synergize, Sharpen The Saw, Physical, Mental, Spiritual, Social and Emotional.

Thank you Dad for all the wonderful years! Farewell my dad, hero, friend, mentor. Till we meet again, Love your daughter, Sandy.

A viewing will be held on Thursday January 12, from 10-11am followed by a service at 11am at Sts. Peter and Paul Ukrainian Orthodox Church, 1406 Philadelphia Pike Wilmington, DE 19809.

My dad will be laid to rest next to his beloved wife, son Richard and grandson Robert on January 19, in Abingdon Episcopal Church Cemetery in Gloucester, VA. Flowers are welcome as dad loved them. (Kirk’s Florist, 302-737-8072 or 302-737-3931. In addition, contribution’s may also be made to St. Peter and Paul Ukrainian Orthodox Church or Delaware Hospice, 16 Polly Drummond Center, 2nd Flr. Newark, DE 19711.