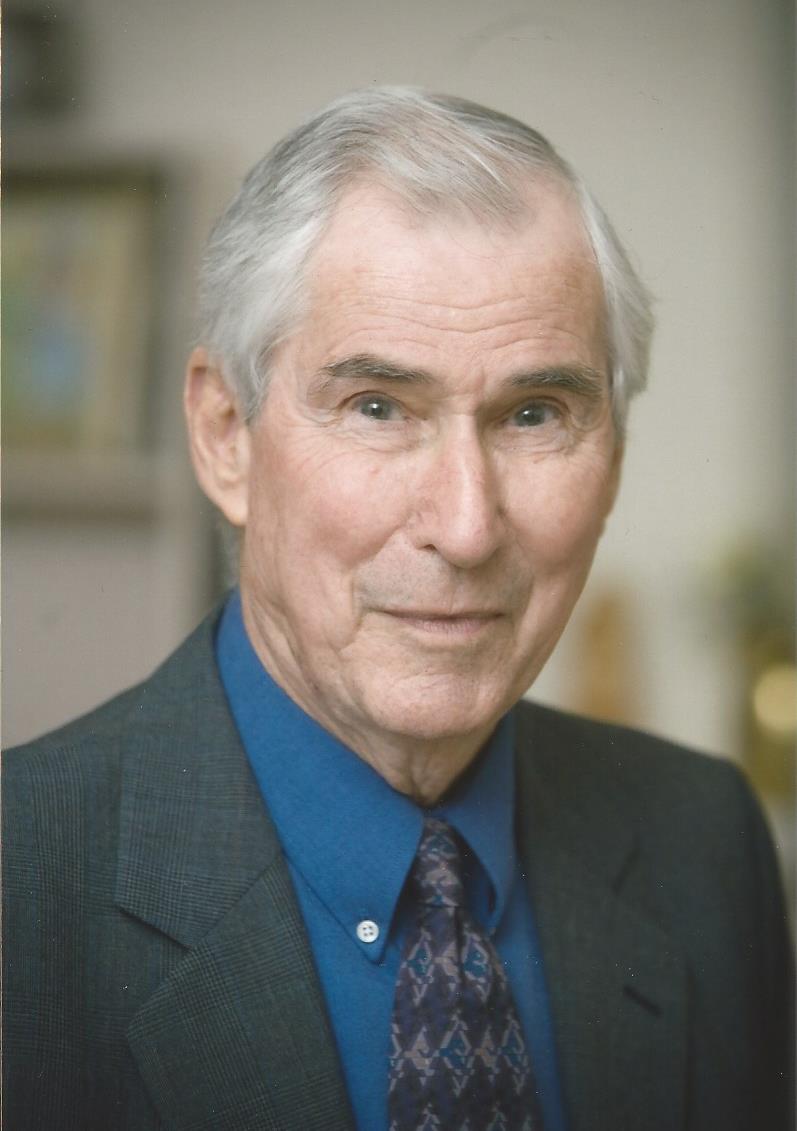 With great sadness, the Filliben Family announces the passing of Francis J. Filliben at the age of 94. He was a beloved and devoted husband, father, grandfather, great grandfather, uncle, and great uncle. Born in Old New Castle, Delaware in 1928, he was the second of eight children born to Elizabeth (Cannon) and John Filliben. Francis’ fervent Catholic faith, abundant kindness, and gentle spirit were obvious to everyone who met him. He lived his life as a true servant of the Lord.

When Francis was in grade school, his family moved to Norwood and then to Glenolden, Pennsylvania. He attended St. Gabriel’s parochial elementary school and then college preparatory, Archmere Academy, in Claymont, Delaware, which was founded by Norbertine priests. Francis always remembered his time at Archmere as “exceptional” because he was surrounded by wonderful people in beautiful surroundings. At Archmere, Francis wrote for the newspaper and the yearbook and played for the football, basketball, and baseball teams. As an alumnus, he remained very active serving as President of the Archmere Alumni Association, contributing as an instrumental fund raiser in the alumni phone-a-thons, and organizing and participating in the alumni retreat programs. In 2016, he received the inaugural St. Nobert’s Award from Archmere which honors those who best embody Archmere’s mission and have demonstrated exemplary achievements through professional distinction, service to others, or service to the Archmere community.

After graduating from Archmere in 1946, Francis entered a pre-seminary program at St. Norbert’s College outside of Green Bay, Wisconsin. After one and a half years there, he transferred to La Salle College in Philadelphia where he was close to family. He played baseball for La Salle and graduated in 1950 with a liberal arts degree.

As a youth and throughout college, Francis was always an extremely hard worker. Prior to the start of his school day, he delivered morning newspapers at 4:30 am. Other jobs included delivering milk bottles from a horse-drawn carriage, working the second shift at Sun Shipbuilding & Drydock as an electrician’s assistant, and working as a cashier at Acme. This strong work ethic continued throughout Francis’s career and volunteer activities.

Francis married the love of his life, Joan M. MacLellan, in 1953. They met at a church play and attended Archmere’s senior prom together. They raised five children in the Catholic faith and recently celebrated their 69th wedding anniversary. A devoted husband, Francis took loving care of Joan well into his 93rd year until his own health limited his ability to do so.

Francis started his career at Ward and Wheelock, an advertising agency in Philadelphia, promoting Campbell’s Soup and Whitman’s Chocolates on both radio and early television. After the agency, he transitioned to the DuPont Company where he specialized in advertising,

marketing, and communications. Through the years, he worked on a number of accounts that he really enjoyed including Cellophane, Neoprene, Nylon, synthetic rubbers used in the auto industry, textile fibers in pillows, and the ACA Clinical Analyzer. Francis remained at DuPont for 36 years and met a wide variety of very nice people. Several of his co-workers became lifelong friends. He traveled to different places in the country as well as to Argentina and Rio de Janeiro, Brazil. Francis retired from DuPont in 1990. Respected in his industry, Francis became President of the Advertising Club of Delaware and Chairman of the Advertising & Communications Awards for the State of Delaware.

In addition to having a rewarding career, Francis made enormous contributions to his family and his community through his passionate faith, humble ways, and selfless service to others. He was extensively involved with St. Mary Magdalen’s (SMM) parish in North Wilmington, Delaware where he was a parishioner for 64 years. He and Joan joined the parish in 1958 when church services were held in a store across the street. Their five children attended SMM’s grade school. Francis also supported his SMM community by serving on their first Parish Council, acting as President of the Holy Name Society, coordinating logistics for the Sunday Bulletin, creating advertising promotions for their annual carnival fundraiser, and serving as a Eucharistic Minister. Additionally, he was the primary author of a 2001 book celebrating the 50th anniversary of St. Mary Magdalene’s parish, A Caring Parish Family Celebrating Worship, Education and Service.

Francis was also active with the Voices of Caring, supporting the Ministry of Caring’s Child Care Center. In addition, he served on the Board of Directors of the Tobin Foundation for the Visually Impaired, contributing many articles to their Tobin Open magazine. The Delaware Saengerbund and numerous Little League teams also benefited from his time and talent.

Many friends and relatives describe him both as a “gentleman” and “gentle man”. Called “St. Francis” by those who knew him best, he worked tirelessly behind the scenes to enrich the lives of family and friends. Constantly thinking of others, among many other things he: shoveled snow for his adult children or neighbors well into his early 90s; secretly delivered festive holiday decorations and gifts to his many family members around the calendar year; cleaned out gutters for a neighbor who was injured; collected sea shells and painted them for daughter’s wedding; took pictures during special occasions, snuck out and then returned with prints and enlarged posters while the party was still underway; and vigilantly clipped articles that might pertain to family members’ careers, hobbies, or friends.

Francis was also deeply involved with the care of his elderly Uncle Jim Cannon, his mother’s brother, who suffered from spina bifida and significant mobility issues. Jim lived in Old New Castle and was one of the people Francis admired most because he never complained despite the significant challenges he faced. Jim’s outlook was “When the the Lord wants me, He’ll call me, so I don’t worry about dying”. Jim sold Liberty magazines to the long line of cars waiting for the New Castle ferry. Propping himself up for hours on his crutches, he became one of Liberty’s top salespersons across the country. On countless holidays, Francis would transport Jim to and from family parties, driving nearly an hour and a half round trip and lifting Jim in and out of the car each time. They shared a deep love of sports, especially baseball, and enjoyed listening to many Philadelphia teams’ games on the radio together.

Given his extremely busy schedule, Francis had little time for true relaxation. He did, however, take great pride and joy in gardening and landscaping. He invested countless hours cultivating lush and colorful gardens in his and Joan’s back yard overlooking the former Brandywine Country Club in North Wilmington. An avid writer, he enjoyed writing cards and letters to family members. Enormously proud of his birthplace, Francis loved giving tours of Old New Castle, especially during the Christmas season. Many of his fondest memories included family gatherings and sports events as well as times spent on the beach at Battery Park in Old New Castle. He and Joan brought the family to Brigantine Beach, NJ for many summer vacations and enjoyed an occasional trip to Atlantic City to try their luck at the casinos.

Also helping him to unwind, Francis was a life-long athlete like many of his siblings. He loved to play baseball, softball, and basketball. After playing baseball throughout his school career, he played on a semi-professional team. During his professional career, he enjoyed many years of playing slow-pitch softball for several recreational teams including St. Mary Magdalen and Concord Esso. His love for athletics lived on through his frequent attendance of his children’s, grandchildren’s, nieces’, and nephews’ many and varied sporting events. His only real vice was eating too many sweets. Boy-oh-boy, did he love chocolate!

He is predeceased by the following: his parents, John and Elizabeth (Cannon) Filliben; all of his seven siblings, his brothers John, Jr. (Jackie), Vincent, Robert, Edward, James, and Norbert Filliben, and his sister Mary Margaret (Mickey) Algeo; and his nieces and nephews, Mark Filliben, Joseph Filliben, John MacLellan, Dianne Filliben, Moira MacLellan, Daniel Algeo, and great niece Adrianna Marie (Neathery) Filliben. Now reunited with him in Heaven, his parents and siblings are asking Francis, “What took you so long?”

﻿A viewing will be from 4-7 pm on Tuesday December 27 at McCrery and Harra Funeral Home, 3924 Concord Pike, Wilmington, DE 19803. Wednesday morning, an additional viewing will be from 10-11am at Immaculate Heart of Mary, 4701 Weldin Rd. Wilmington, DE 19803. Mass of Christian Burial will be at 11am. Burial following the Mass will be in St. Joseph on the Brandywine, Greenville, DE. In lieu of flowers, donations may be made in Francis’ name towards the Francis J. Filliben Scholarship Fund at Archmere Academy. Please contact Katherine Ball-Weir at kballweir@archmereacademy.com or (302) 798-6632 x 857 for details. For those who would prefer to participate virtually, please log in at 11 am on Wednesday, 12⁄28 to the following URL: https://youtu.be/e6q9i-WSe2k.