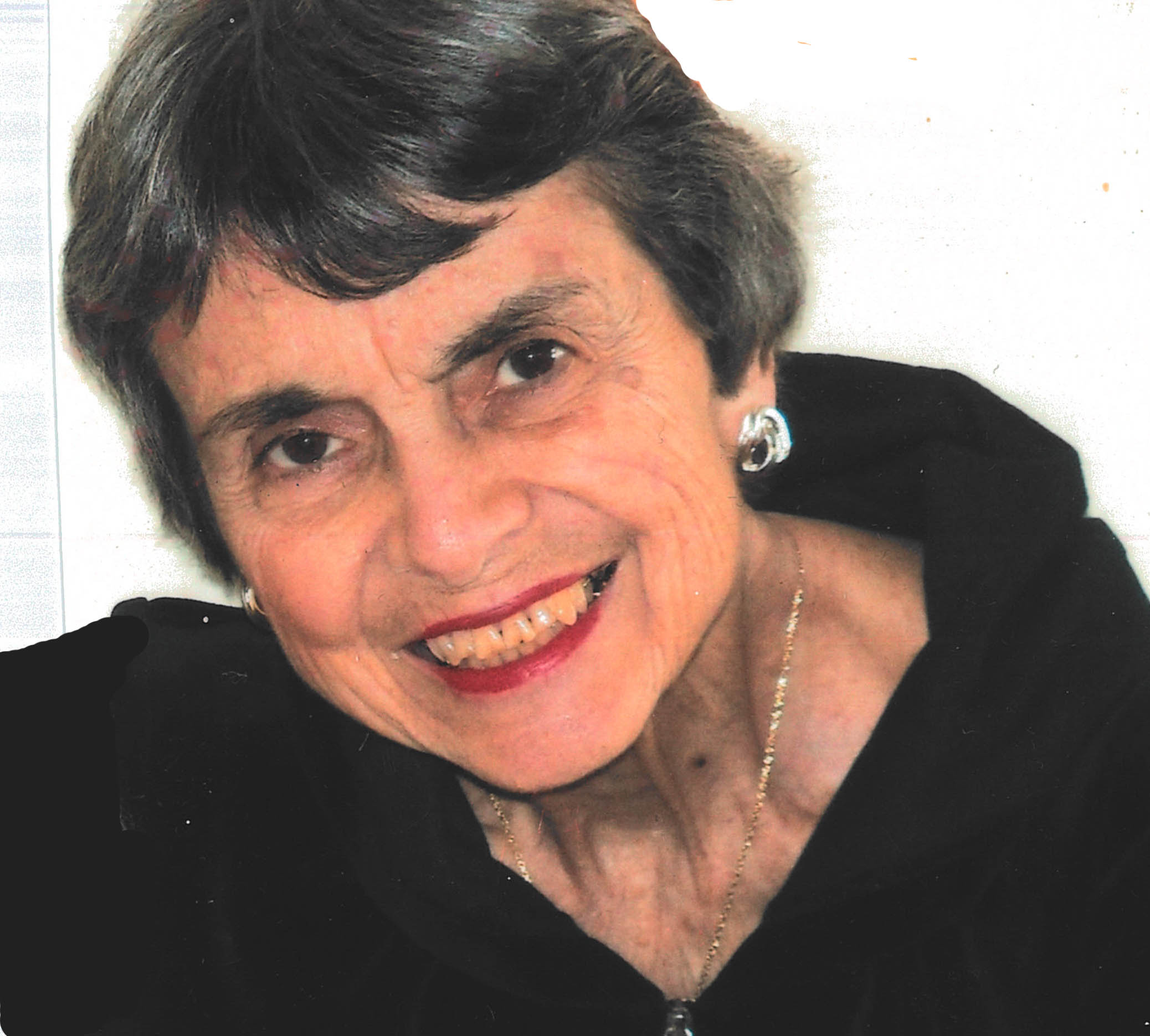 GLORIA E. MEYERS, 94, died peacefully in her sleep on Saturday December 10th in Wilmington, Delaware where she had lived for 54 years.

She was born on April 12, 1928 in Philadelphia to Elvira and Atillio (Harry) Marcacci, both of whom came over from Italy some years before. She was the youngest of three siblings including Loretta Korostoff and Michael Marcase. They all had a very close relationships and spent many happy holidays and vacations together with their spouses and children. Gloria attended Girl’s High in Philadelphia and then went on to get her B.A. in Journalism at the University of Pennsylvania. While there she met the love of her life, John L. Meyers, who she always referred to as the BMOC (Big Man on Campus). They married in 1950 and went on to have three children (Christina(Tina), Karen and Mary Beth). Gloria’s main focus in life was raising her 3 children, and more so when their 2nd, Karen, developed severe meningitis and was left profoundly developmentally disabled and physically handicapped at the age of 2. Gloria was more devoted to her caretaking role than anyone can imagine and continued in this way until Karen’s passing in 2016. John had passed in 2013 and had been unable to help much in the previous few years. However Gloria continued her constant caretaking for Karen even after Karen went to live in a wonderful group home in 2001 that was walking distance from her home. Gloria was a very religious person and attended her Catholic Church regularly. She was a member of St. Mary Magdalen Parish since 1968 and served as a Eucharistic Minister. Her faith was critical in helping her maintain her strength in all the life challenges she faced. You could always count on her to say a prayer for you if need be. She was thrilled when her grandchildren came along- Ari, Rachel, and Rebecca from Tina Meyers and Bob Spector and Natalie and Maria from Mary Beth and Joe Limmina . Wonderful family vacations continued with her daughters, their husbands and their children often at the New Jersey shore. She also remained very proud of her Italian heritage and visited Italy several times with much delight. She never tired of talking about all things Italian and she installed this pride in her girls. For the last 4 years Gloria needed assistance at home and was blessed by a TRULY AMAZING group of caregivers. Their constant attention, dedication and love kept her going and will be remembered forever by Gloria in her next life and by her daughters, Tina and Mary Beth. Our appreciation for them is boundless and will be always in our hearts. We are so grateful for the care they provided her for so long and now it is Gloria’s turn to watch over them. We say goodbye to her for now with much sadness but also with thankfulness that she is at peace and no longer suffering.