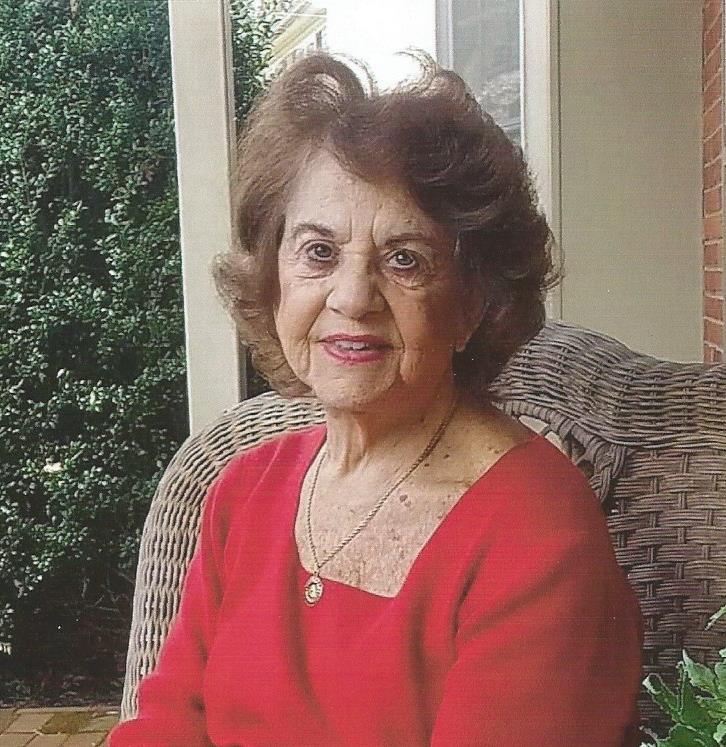 Evangeline “Lee” Peffley passed away quietly in Wilmington Hospital on Sunday, 11/20/22 at the age of 84.

Evangeline was born in Atlantic City, NJ and was a few months old when her family returned to Halandri, Greece, near Athens. The Nazis took over their home during WWII. In 1945 she returned to Atlantic City with her family. Evangeline graduated from Atlantic City High School with honors where she met and became engaged to her future husband Oscar. They were married and moved to Delaware in the late 1950s where they raised their family.

Lee went on to become an interior decorator for Shinn’s, a job she loved and allowed her to meet and work with many wonderful people. She especially enjoyed participating in Designer Showcase Homes. In addition to her commitment to raising her family and interior decorating, Lee also enjoyed gardening, traveling, especially to the beach, playing bridge and many other activities with her many close friends. In addition to her parents, she was preceded in death by her beloved husband of more than 50 years, Oscar.

She is survived by her sister Eleni, sons Mark (Sharon) and Michael (Terri) Peffley, daughter Christine Demczak (Scott), grandchildren Brandon Demczak (Annie), Nick, Abbi, Michael (Riley), Jacob and Andrew Peffley, great grandchildren Sierra and Aurora Peffley and many nieces and nephews. A viewing will be held on Tuesday November 29 from 5-7 pm at the McCrery and Harra Funeral Home, 3924 Concord Pike Wilmington, DE. 19803. A service will be held Wednesday morning at 11:30 am at the funeral home. Burial will be in the Delaware Veterans Cemetery, Bear, DE.