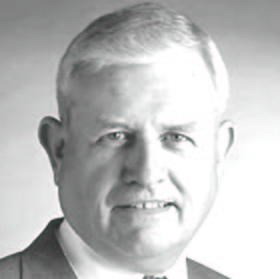 John J. Callaghan, Jr., the son of John J Callaghan and Gladys F. Chisholm, was born July 29, 1942 at Whitten Memorial Hospital in Everett, MA. He lived with his parent in Medford, MA for a few years until they moved to 164 Common Street, Belmont, MA. John and his family spent many summers at Corbot’s Pond, in NH, where he had a boat and enjoyed fishing. John graduated from Belmont High School, and Northeastern University, Boston, MA with a BS and MBA degrees. On June 25, 1966 he married Carol Ann Morse at St Camillus Church, Arlington, MA with a reception following at Oakley CC in Watertown, MA. In June 1967 John and Carol had their first child, Cathleen Theresa, and in July they moved to Delaware where John took a job with the DuPont Company. In 1968 the family moved into a new house at 2806 Rickdale Rd, Talleybrook, Wilmington, DE. In 1969 a son, Christopher, joined the family, and in 1974, another daughter, Colleen Michele, was born. In 1975 John started his own company, Callaghan Associates, Inc, a management consulting firm specializing in accounting software systems. He continued to work until his retirement in 2007.

John joined the Rotary Club of Wilmington, DE in 1977, served as Treasurer, President, and the member of many committees. He was a Paul Harris Fellow. He was also Chairman of the Alfred I. DuPont School District Financial Advisory Committee. John also served as Chairman of Goodwill of Delmarva and Delaware County, PA.

Golf was always a passion with John, and he first played in Delaware at the DuPont CC. In 1972 he joined Concord Country Club where he both played golf and spent many years on the Board of Directors, as Treasurer, Vice-President and chairman of the Finance Committee. Since John was an avid golfer, Carol and the children all learned to play golf at Concord Country Club, and John and Carol played golf for many years both in the US and Ireland. John also played racquetball and tennis, until he ripped his Achilles tendon! John enjoyed reading, and after he retired, he went back to a boyhood interest in fishing. Photography was another interest, and John and Carol joined the Osher Institute of Lifelong Learning. John was both a student in many classes and an instructor in Photoshop Elements classes. John and Carol were able to travel to Ireland, England, Scotland and Germany, parts of Canada, and many places in the United States. A devoted husband father and grandfather, he enjoyed spending time with the family. John was a loving husband, father and grandfather.

A Memorial Mass of Christian Burial will be held on Monday, November 21, 2022 at 11:00 a.m. at St. Mary Magdalen Church, 7 Sharpley Road, Wilmington, DE 19803. Burial will be in St. Joseph on the Brandywine Cemetery. To view and expanded obituary or send a condolence visit: www.mccreryandharra.com.