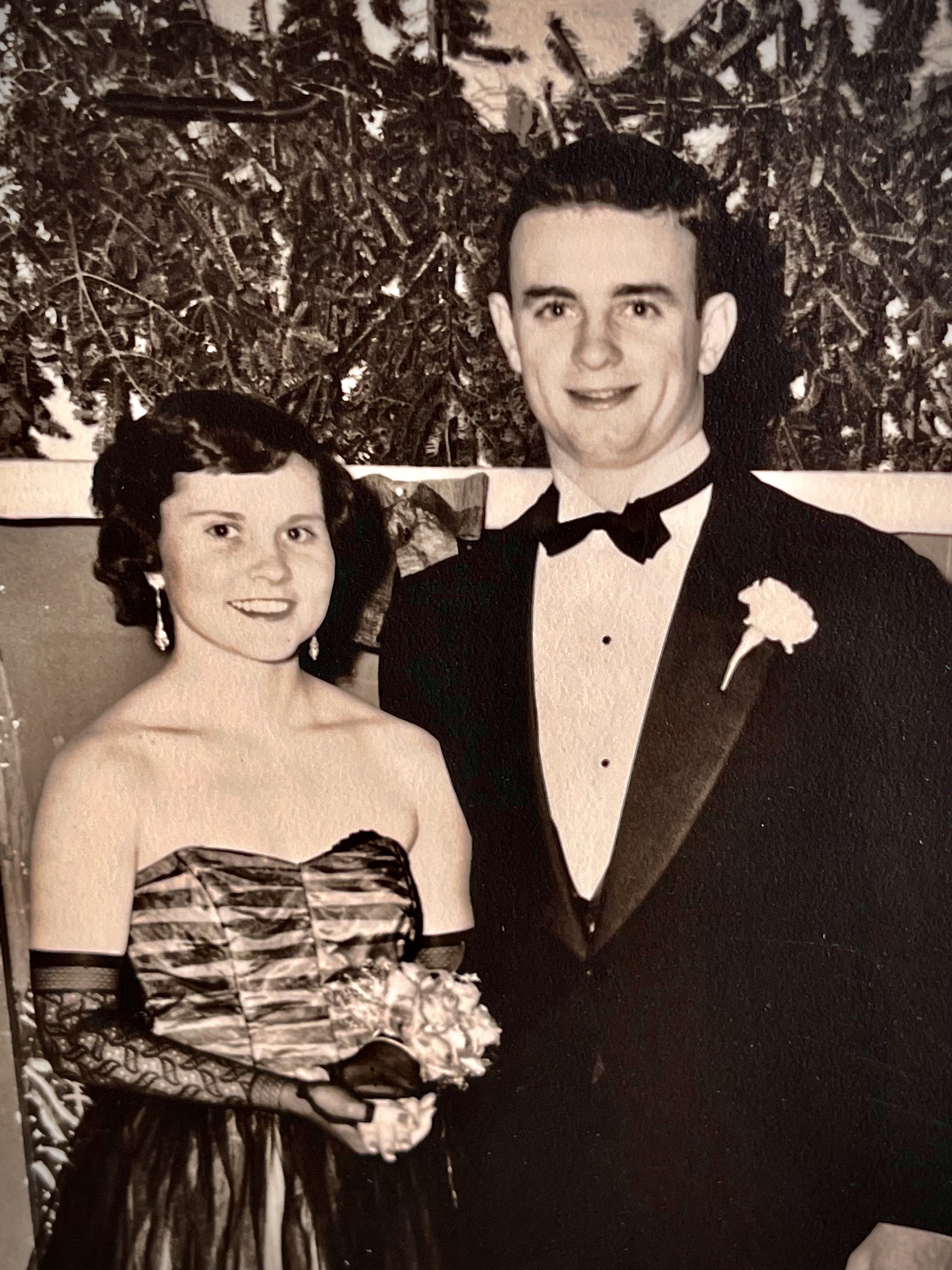 Dick and Jane married shortly after high school and had three children, Patricia, Jim, and Dave. Besides being a devoted wife, mother, sister, aunt, and daughter, Jane volunteered with the Ridley Park Athletic Club Ladies Auxiliary, and coached girls’ softball with her good friend Ursula Eberle. She also worked part-time at Strawbridge and Clothier in Springfield, PA. and truly enjoyed the 20% discount. She was also very active with the Ridley Park Baptist Church and later in her life, St. Madeline’s Catholic Church.

Jane was a dedicated grandmother to her many grandchildren, spending countless hours driving them to and from school and other activities. She also was a dedicated and generous supporter of the Special Olympics.

Jane loved fashion and always enjoyed wearing the latest clothing styles. She was an avid sports fan and loved attending her kids’ games and making sure the referees were getting their calls right. Many of these ref’s knew her name after their first game. She loved the Eagles, Flyers and Phillies and went to the Flyers first Stanley Cup Parade. She was not a passive fan, and you could hear her yelling at the TV hoping the refs and players would hear her. Sometimes she would do this while making dinner and those meals were only as good as the game. When she was younger, Jane loved to knit scarves, hats and sweaters, and she enjoyed needlepoint as well. Jane had a lot of friends from being a member of the Ridley Park Pool and Ridley Park Athletic Club. Her favorite celebrities were Elizabeth Taylor, Natalie Wood, Barbara Streisand, Jackie Kennedy, and Paul Newman.

Jane will be remembered by her friendly personality, classy style, and quick humor. Her favorite saying was, “I may not always be right, but I’m never wrong”. She didn’t mind being teased about her husband’s name being Dick and hers Jane, but the Dick and Jane cards for every occasion did get old.

Jane is predeceased by her husband Richard (Dick) P. Ennis and her sisters, Audrey Young and Patricia Jacono and her amazing granddaughter, Merydth Lambert.

Jane is survived by her children Patricia, James, Dave (Kelly) and grandchildren Lindsay, Patrick, James, Michael, Tori and Zoe, plus many great grandchildren.

Guests are invited to pay their respects on Tuesday November 22, between 10:00 am and 11:00 at the McCrery & Harra Funeral Home, 3924 Concord Pike, Wilmington, DE 19803, followed by her funeral service, which will begin at 11:00 am. Inurnment will follow at Lawncroft Cemetery. To celebrate Jane’s love of Philadelphia Sports Teams, feel free to wear any of the following Jerseys: Eagles, Phillies, Sixers, or Flyers.

The family requests that instead of flowers, donations or contributions be made in Jane’s Ennis’s memory to Citizen Advocacy of Chester County, 239 Church Street, Phoenixville, PA 19460.