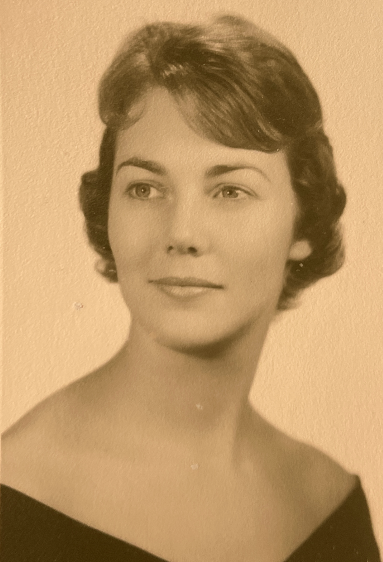 Rae Stuart Emerich, “Skipper”, 81 of Wilmington, DE passed away surrounded by her family on November 1, 2022. She was born and raised in Sharon Hill, PA where she played field hockey, was in school plays and crowned May Queen. She often talked about how lucky she was to attend a small-town school, where you could be involved in a variety of different activities.

The family cottage on the Indian River in Riverdale, DE was the place where she felt the happiest. In her youth, she spent summers there learning how to row a boat, sail, water ski, & crab. She made so many wonderful memories with her immediate and extended families.

While attending West Chester University, she met the love of her life, Richard (“Dick”). At WCU, she earned a B.A. of Education and initially taught kindergarten in York, PA for her first job after her graduation. A few years later in 1964, she and Richard relocated to Wilmington, DE to begin a family in Heritage Park. This beautiful neighborhood is where they would begin and eventually raise their three children.

Skipper was a consummate volunteer. She was involved in the PTA, acted as a homeroom and team mom at Midway Little League. She was also a brownie leader and was heavily involved with local, Republican politics and worked elections. Her most fulfilling volunteer role was teaching Jr. High Sunday school classes for many years at Limestone Presbyterian Church where the family were members together. Skip’s other interests included watching old musicals and westerns, being an avid reader and held a lifelong interest in history that she graciously shared with special people in her life.

She had a lengthy career at Artisans Bank. Upon retirement she devoted the majority of her time to being a “Grammy”.

Rae was preceded in death by Richard Horace Emerich and her son, Andrew Stuart Emerich.

Visitation will be held from 6 -7 PM Monday, November 7 at McCrery & Harra Funeral Home, 3924 Concord Pike, Wilmington, DE with services from 7-8 pm to follow.

In lieu of flowers, the family suggests contributions be made to St. Jude Children’s Research Hospital in her memory.(stjude.org)