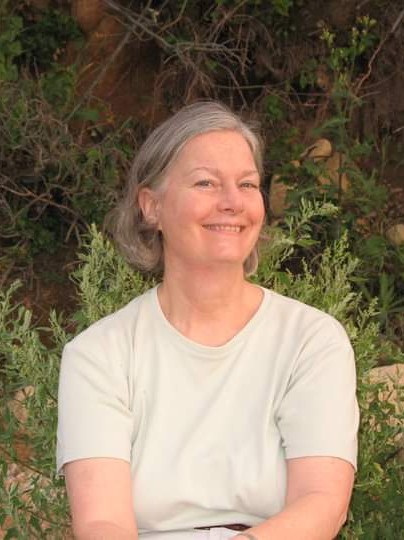 The Reverend Margaret Kay Pumphrey, 77, a priest in the Episcopal Diocese of Delaware, died suddenly on October 15, 2022.

She was born in Richland, Washington to the late William C. and Margaret Jane Morgan Kay. Margie lived a rich and diverse life filled with change and growth. The family moved to the Wilmington area and lived at her beloved West Farm, her home as a youth and where she also raised her four children. Margie graduated from Tower Hill School, Neumann College (bachelors and master’s degrees), and General Theological Seminary of the Episcopal Church. Her first job was at the DuPont Company, where she was the first female computer programmer at the company. She then devoted herself to creating a home and raising her four children. Drawn to serving God, she became a Board Certified (Healthcare) Chaplain, where she found, in her own words, “…that seeking and serving the good, the holy, in every person helps that good to flourish.” In 2000, Margie had the rare privilege of having her youngest take her to school, moving to seminary in Manhattan. Ordained in 2003, she began parish ministry at the Church of the Nativity in New Castle while serving fulltime as a Chaplain at Christiana Care and simultaneously finishing a Masters in Pastoral Care and Counseling with a concentration in Spiritual Direction. Margie also served as Rector of St. Augustine’s, Kansas City, MO and St. Alban’s, Wilmington. More recently she was President of the diocesan Disciplinary Board and functioned as consultant to churches anticipating the possibility of closure.

Margie loved the outdoors. She and John enjoyed vacationing in our National Parks as well as spending time locally at Longwood and Winterthur. John has said that he could point to any random plant and Margie could name it. Living close to grandchildren Jack and Morgan was a special joy; she lit up like a thousand suns whenever with them.

The funeral service is at 2 pm, Thursday, November 3 at Immanuel Episcopal Church Highlands, 2400 West 17th Street, Wilmington where a visitation will follow the funeral service. Interment in the Kay family lot at Lower Brandywine Cemetery is private. In lieu of flowers, the family encourages memorial contributions to World Central Kitchen (providing chef-prepared meals to communities impacted by crisis) at www.wck.org or Episcopal Relief & Development (provides compassionate responses to human suffering in the world) at www.episcopalrelief.org).