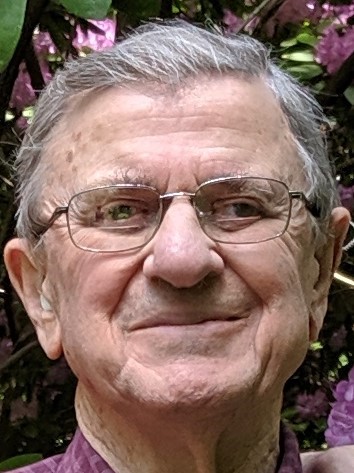 Dick was a true son of Delaware, living his entire life in the state except for his college and graduate studies. He graduated from Oak Grove Elementary School, Wilmington High School, earned his bachelor’s degree from Ohio Wesleyan University, Delaware Ohio (Phi Beta Kappa), the Master of Divinity degree from Yale Divinity School and a Master of Arts degree from Yale Graduate School, New Haven, CT. He was ordained a Methodist minister in 1952. Dick served for 15 years as pastor of three United Methodist churches: Shelton in Shelton, CT and Silverbrook and Brandywine-Trinity in Wilmington, DE. He spent 30 years in administrative/executive positions with the Methodist Action Program, Delaware State Vocational Rehabilitation, Ingleside Retirement Apartments and Peninsula United Methodist Homes from which he retired as its President/CEO in 1999.

Following his retirement, he served short terms as Pastor of Christ and Newark United Methodist churches. Throughout his ministry of 45 years, Dick was active and often the leader of many interracial, civil, and human rights, political, social, and interfaith activities, and organizations. In the late 1950s he led Silverbrook Church to become the first racially integrated Methodist church in Delaware and the Eastern Shore of Maryland. He was the chief architect and chairperson of the five year effort that led to the historic merger, in 1965, of the African American Delaware Conference with 196 churches and the Peninsula Conference with 376 churches, all in Delaware and the Eastern Shore of Maryland. He was a life member of the NAACP and a lifelong member of NOW (National Organization for Women). In recognition of his extensive community involvements, he received awards from the Peninsula-Delaware Methodist Conference, NCCJ (National Conference of Christians and Jews), NAACP, the Bill Frank’s Hero’s Award and the Wesley Award from Wesley College, Dover DE.

Dick enjoyed traveling, visiting 31 plus foreign countries. His hobbies included genealogy, evolution, cosmology, ecology, photography, staying connected with divinity school classmates and colonial American history. He was President of the local George Washington Society for ten years. Dick was preceded in death by his parents and his five siblings, Francis, Charles, Max, Ruth, and James. He is survived by his wife of 69 years, Mary Anne, his son Richard, Jr. (Elsa) in Brooklyn, NY, his son, Paul, in Canton, MA, his daughter Jan (John) Allard in New Durham, NH, his grandchildren Drew Stazesky, Samuel Allard, Thomas and Taylor Stazesky and ten nieces and nephews.

A memorial service will be held on Friday, October 14th at 11am at Cokesbury Village, Hockessin followed by a reception. Interment will be private in Old St. James Cemetery where he will join his beloved parents, sister, and brother James. Contributions in Dick’s memory may be made to the Acts Legacy Foundation, Cokesbury Village, 726 Loveville Road, Hockessin, DE 19707.