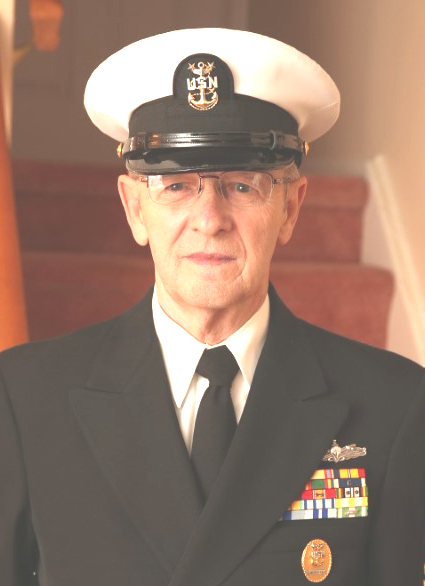 James G. Taylor, 81, of Wilmington, Delaware passed away peacefully on October 11, 2022, after a long battle with cancer. He was married for 60 years to the love of his life, Virgina Ann (Smith) Taylor.

After attending Conrad High School, Jim joined the U.S. Navy where he served his country for 20 years. He was assigned to five destroyers, an LPH and taught Destroyer School in Newport, Rhode Island. Jim served during several U.S. crises and was a Vietnam Veteran. After retiring from the Navy, he worked 20 years at General Motors, where he retired as the Powerhouse Chief Engineer.

Jim was a proud member of many organizations including Solomon Masonic Lodge #36, Job’s Daughters, DeMolay and the Coast Guard Auxiliary. In addition to being a dedicated husband and father, he enjoyed wood working, camping and spending time with his grandchildren.

He is survived by his wife, Virginia, his two daughters, Susan Mathias and Denise (Chris) Avayou and four grandchildren Becca, Tanner, twins Carter and Sydney. He also leaves behind his half-brother Russ (Julie) Taylor and 4 additional half-siblings.

A viewing will be held on Tuesday, October 18th from 6-8pm at McCrery & Harra Funeral Home, 3710 Kirkwood Highway Wilmington 19808. Solomon Lodge #36will hold a brief service at 8pm, followed by a celebration service of Jim’s life.

Burial will be private.

In lieu of flowers, a memorial donation may be made to Christiana Care Accent Care at www.accentcare.com/community-outreach-foundations or the Wounded Warrior Project, www. woundedwarriorproject.org.