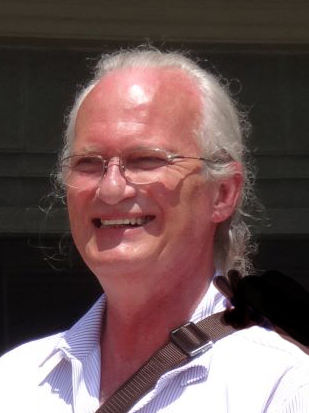 John R O’Donnell, Jr., died October 2, 2022, in the care of Accent Hospice at Wilmington Hospital in Delaware after a yearlong battle with cancer.

John was born in Pittsburgh, Pennsylvania to John “Jack” and Dorothy (Liss) O’Donnell in 1954 and was the oldest of six children.

John was a lifelong drummer who served as Drum Major at Penn Hills High School. He attended Penn State, Schuylkill Haven, studying engineering before enlisting in the U.S. Navy’s Submarine Service. Graduating top of his class in Sub School, he remained in Michigan for one year as an instructor before accepting his assignment as a nuclear engineer/operator aboard the USS Batfish (SSN 681) and later the USS George Washington (SSN624) John spent 5 ½ years underwater during his 11 years of service. The objectives of his missions were and still are secret but The Smithsonian Magazine revealed the scope of operations of the Batfish submarine in its March 1, 2001, edition.

John’s career led him to work in the nuclear energy industry as an instructor at various plants along the East Coast and in 2012 as the principal engineer for Westinghouse Electric LLC’s construction of nuclear power plants in Haiyang and Sanmen China. Most recently he was the lead instructor of the Power Plant School at Williamson College of the Trades in Media, Pennsylvania.

John and his wife, Janis (Lawlor) O’Donnell married in Mars, PA in October 2010.

John leaves behind his wife, his children John R. O’Donnell in Maryland and Kristin (O’Donnell) Barrow, her husband, Anthony, and children Ian and Ty in Louisiana. His grandson Gavin predeceased him. He leaves behind his stepson and wife, Henry and Jennifer (Oakes) Watsky of Fairfax, VA, John’s family of friends, coworkers and students are left with memories of his humor, quiet leadership, genuine care for others and incredible drumming.

In lieu of flowers please consider donations to Saint Jude Children’s Research Hospital or a charity of your choice. Aerhart-Echols Funeral Home in Maryland will handle service and burial arrangements. Visit their websitewww.aerhartechols.com.