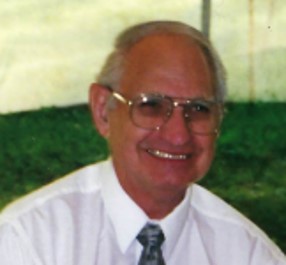 The children and family of William Franklin Shaw Jr. sadly report his passing on Sunday, September 25, 2022, after a short illness. He was just 38 days shy of his 91st birthday. The son of William Franklin Shaw, Sr., and Bertha Bailey Nowell, he was born and raised on Banning Street in Wilmington, Delaware, attending Wilmington High School (class of ’49) and Sanford Preparatory School before entering the University of Delaware. It was there he met his wife, Margaret (Peggy) Edith Chadwick, of Drexel Hill, Pennsylvania. They settled in Ardencroft, Delaware and raised their 3 children in the home he built.

While attending Sanford College Preparatory School, Bill developed his love of the building trades. All Sanford students and staff members at the time lived and worked at the school—Bill worked on the maintenance crew and built the Field House for the developing campus. He additionally worked with a cottage of children attending Sanford’s primary boarding school. Later at the University, he served as president of Phi Kappa Tau Fraternity and played on the baseball team. He first became a 6th grade schoolteacher in the Claymont School District, continuing his education to work as a Guidance Counselor, then became the first elementary school psychologist in the state of Delaware. As such, he instituted diagnostic educational testing services and established teacher-led learning and behavioral support programs in the district elementary schools.

After retirement from a full career in Claymont School District, he opened his own private psychological practice under Dr. Joseph Jastak and continued in earnest with his love of the building trades and historic restoration. He was every bit as talented in carpentry and masonry as in educational practice with the help of two talented friends and tradesmen, the late Yanko Cajner and the late Ed Boisvert, of Delaware. They continued working together through the years and were entrenched in our childhood minds as beloved friends of our family. He later worked with several restoration contractors, two of whom became Bill’s daily caregivers and important participants in the Shaw family, Darnell Demetrix Hall of Wilmington, and Cole Younger Piecara of Ardencroft.

A public viewing will be held at McCrery & Harra Funeral Home (3710 Kirkwood Highway, Wilmington, DE 19808) on October 12, 2022 from 10-11am. A service will follow immediately at 11, followed by burial at Silverbrook Cemetery.