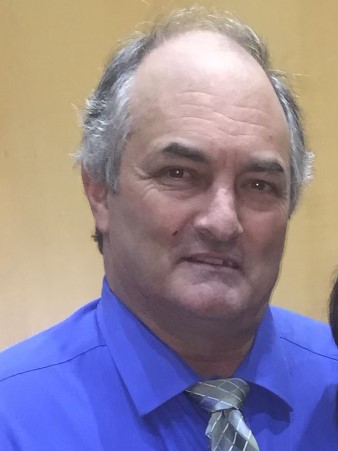 Andy, as he was known by his family and friends, was born in Wilmington, DE April 12, 1965. Andy graduated from St. Mark’s High School in 1983 where he excelled in basketball and baseball at the Varsity levels. He went on to play baseball at Cecil Community College in 1985 and 1986 setting three collegiate records. After Cecil, Andy went on to play several years of semi-pro baseball for the Cecil Braves and Canada Dry and led the league in home runs one season with 7.

Andy also was an avid ice hockey player and continued to play in various men’s leagues from his 20s into his early 40s. He retired from Federal Express after 30 years (New Castle, DE hub). As strenuous and laborious as this role was, Andy cherished his daily time on the road on his delivery route and it brought an enormous amount of personal fulfillment.

Andy is survived by his children, Colin Stuart Emerich (24) and Julia Kathryn Emerich (22) and his mother, Rae Stuart Emerich as well as his two younger sisters, Amy Emerich Marchioni (Tim) and Jennifer Emerich Trickey. He was predeceased by his father, Richard Horace Emerich.

Andy also spent summers in Riverdale on the water fishing, crabbing, and boating with his sisters and cousins from Bordentown, NJ (Susan Daly, Tom Walls and John Waldraff). The Oak Orchard “cottage” as they referred to it was a place of solace for him and always held such a special place in his heart.

The family will hold a celebration of life on Wednesday, September 21, 2022 at the McCrery & Harra Funeral Home 3710 Kirkwood Hwy Wilm DE 19808 at 7 pm. Friends are invited to pay their respects from 6-7 pm.