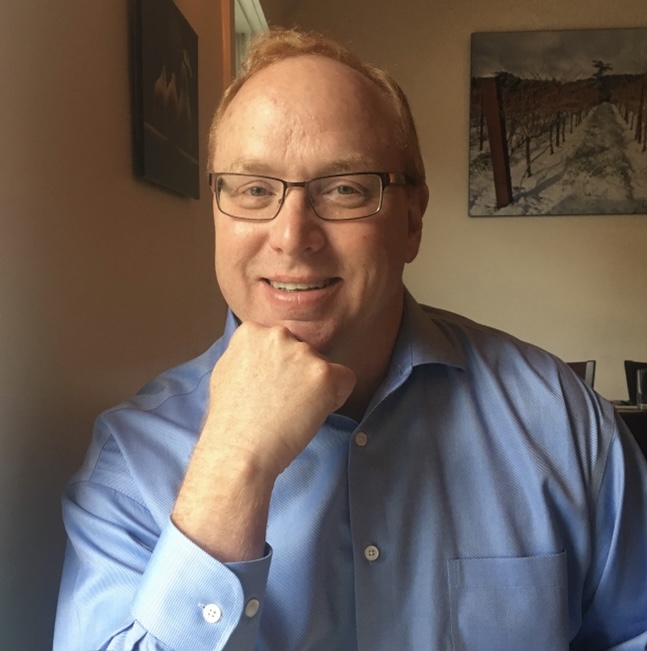 David Arnold Glasscock, 58, of North Wilmington, passed away on September 12, 2022 at home after a year-long battle with glioblastoma and into the arms of the Lord he had known and honored throughout his life.

David was a man of integrity. He will be remembered for his kindness, determination, heart for service, and devotion to his family and his faith.

He is survived by his beloved wife, Alicia; his parents, Jerry and Annette Laubach of Stillwater, OK and James and Barbara Glasscock of Brandon, MS; his children, Daniel Aaron Greenhill (Nicole) of Houston, TX, Laura Bevilacqua (Rob) of Denver, CO, Mary Ross (Steve) of Richmond, TX, and Michael Glasscock (Kelli Connor) of Honesdale, PA; his grandchildren, Tyler Ross, Alexandra Ross, and Leonardo Bevilacqua; his brothers, Lance Laubach (Jenny) of Tulsa, OK and Rhett Laubach (Channe) of Edmond, OK. He is predeceased by his brother, Howie Glasscock, and his sister, Carla Glasscock.

David had an impactful and rich career with DuPont spanning more than three decades. He joined DuPont as a Process Development Engineer after completing his PhD research at the University of Texas. Throughout his years at DuPont, he held roles of steadily increasing responsibility in innovation, marketing and sales, and business leadership. David was extremely well known for excellence in technology combined with strategic business acumen to tackle challenging problems with customers and across DuPont. He was a genius in simplifying complexity and enabling teams to deliver outsized impact through his personal mentoring, helpful approach, and dedication. David’s impact on the success of DuPont Science & Technology was his hallmark.

David’s passion for service and connecting with others through faith led him to become the launch team leader and founding Board President of Family Promise of Northern New Castle County, a now thriving non-profit that provides homeless families a pathway to housing, employment, and education. He received the 2013 Delaware Governor’s Outstanding Volunteer Award for his efforts. His involvement with Family Promise was one of his proudest accomplishments. He remained active as a board member and volunteer until his illness.

In addition to his work and volunteer activities, he enjoyed spending time with his family, traveling, cooking, engaging in philosophical discussions, and learning new things. He was also a member of Brandywine Valley Baptist Church.

David often described himself as a simple guy from a pig farm in Oklahoma. He was so much more and he will be deeply missed by all who knew him.

A memorial service will be held on Saturday, September 24, 2022 at 12pm at Brandywine Valley Baptist Church, 7 Mt Lebanon Rd, Wilmington, DE. The family would like to welcome friends to visit from 10:45 – 11:45am. A luncheon will immediately follow the service in the church hall. Interment will take place privately.

In lieu of flowers, please consider a donation to Family Promise of Northern New Castle County (https://www.familypromisede.org/) or the Love in Action fund at Brandywine Valley Baptist Church (https://brandywine.church).