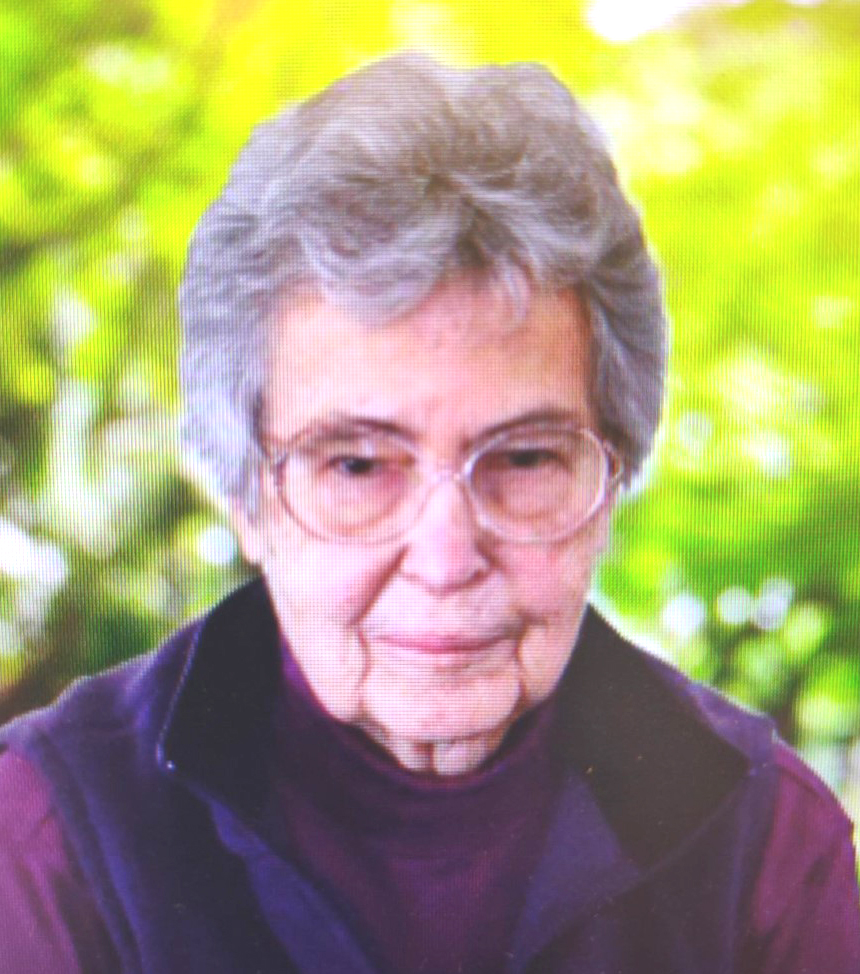 Margaret “Peg” Baseden, an award-winning gardener, naturalist and community volunteer, died peacefully at home on September 1, 2022, surrounded by members of her loving family.

Peg was born in Nairobi, Kenya, on June 3, 1930, and spent her childhood in Kenya attending local schools. In 1948, she went to England to continue her education at University College, London. While in an Applied Math class, she met her future husband and love of her life, Tod Baseden. After a year at University College, she transferred to the Middlesex Hospital School of Nursing and graduated as a State Registered Nurse. Tod graduated from University College shortly before the couple married on November 1, 1952, and they settled down to married life in Birmingham, England.

By late 1956, three children–Cathy, Sarah and Jenny–had arrived, and the family had decided to emigrate to the United States. Tod left first and obtained a job with Du Pont. Peg and the three little girls joined him in January 1957, crossing the Atlantic by ship in a winter storm that washed away the ship’s radio tower. In the following years, three more children arrived: Steve, Jude and Alan, all born in Wilmington. Tod and Peg deeply appreciated their loving family and seeing them educated to become independent adults with families of their own. Once all the kids were in school, Peg trained and qualified as a Registered Nurse. She started work as an R.N. at Crozier Chester Hospital, and a year later, transferred to the Maternity Division of the Wilmington Medical Center, now Christiana Care. She found the work challenging and exciting. To her delight, she participated in the delivery of eight of her grandchildren.

After retiring from Christiana in 1985, Peg took Ornamental Horticulture classes at the University of Delaware and became involved in a diverse array of community organizations. She became a New Castle County Master Gardener and was named Delaware’s Master Gardener of the Year in the 1990s. In addition, the National Wildlife Federation named her its National Volunteer of the Year for her work building butterfly gardens and creating education programs in Delaware schools. These and other efforts to bring the joys of the natural world to local schoolchildren eventually earned her an affectionate nickname: “The Butterfly Lady”. Peg’s interests also included travel, playing bridge, camping, family history, gardening, sustainable horticulture, close-up photography, and videography.

Peg was predeceased by her parents, Reginald and Nell Pratt, and her two sisters, Elizabeth Fowler and Rosemary Blunt. She is survived by husband Tod and her six children: Cathy Morris (and Mike), Sarah Hart, Jennifer Baseden, Steve Baseden (and May), Jude Baseden, and Alan Baseden (and Debra), as well as 16 grandchildren and six great grandchildren.