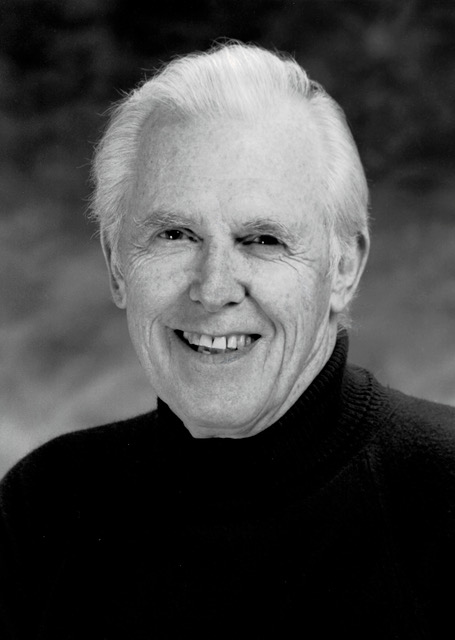 James Robert “J.R.” Huntsberger, age 101, died August 27, 2022 in Wilmington, DE. He was born in Harrisburg, PA on February 4, 1921, spent his boyhood in Western Pennsylvania, and graduated from Mt. Lebanon High School. He earned his Bachelor of Science degree at Bethany College and his Ph.D. in Physical Chemistry at West Virginia University.

During World War II, he served in the U.S. Navy as Radar Maintenance Officer for a patrol bombing squadron and a carrier air group. In 1948 he joined The DuPont Company. He became best known for his work on the science of adhesion. He retired as a Research Fellow in 1982. His career as a professional artist began in 1988. His book, Our Brandywine: An Artist’s View of His Brandywine Valley Home was co-authored with his wife Janet.

His parents, Vernon and Adeline Huntsberger and his first wife, Ardath, preceded him in death. He leaves his second wife, Janet, and his three children: Lynne Killheffer (Peter), Jamie Huntsberger (Beth), and Janet Faggiano (Ken); seven grandchildren; and eight great-grandchildren.

A graveside service will be held on Saturday, September 10 at 11 a.m. at the cemetery adjoining Lower Brandywine Church, located across Kennett Pike from the entrance to Winterthur.