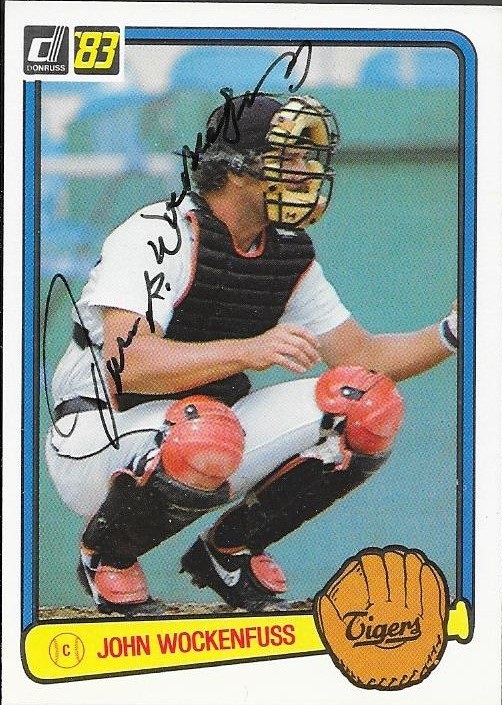 Johnny B Wockenfuss, 73 years old of Wilmington, Delaware, passed on August 19, 2022, surrounded by his loving family.

John graduated from John Dickinson HS, where he lettered and was an all-star in baseball, basketball, track, and football, but he wanted to play baseball. He was scouted because of his pitching arm, which gained him some notoriety. When the scouts came to the house, John did not want to sign as a pitcher. WHY? Because he wanted to play every day.

John started his professional career with the Washington Senators. Several years in the minors with the Washington Senators, Texas Rangers, St Louis Cardinals, and then Detroit Tigers, his beloved Tigers and fans. Once he joined the Tigers, John did anything asked of him. He converted to a catcher, played outfield, first base, and was a DH, because he was so versatile and amiable. John was endeared by the Detroit fans. He was not known for his running speed but always for his love for the game.

Throughout his career, he played every position except pitcher and third base. Fans came to know him, as “Johnny B” or “Fuss,” as a steadfast, loyal Tiger. He became a favorite. John played winter ball in Puerto Rico, and that is when he developed his quirkiest batting stance, but it worked for “Fuss.” His new stance coincided with his new uniform number 14. He stated, “God turned things around for me”.

Detroit writers voted him the club’s most versatile player, and John’s home state, Delaware, named him 1979 athlete of the year. Also, he was inducted into the Delaware Sports Hall of Fame.

In 1984 John was traded to the Philadelphia Phillies. He was glad to be close to home, but he wanted to play every day. After his professional career ended (twelve-year Major Leaguer) he returned as a manager of Albany Diamond Dogs, Detroit’s Lakeland Tigers and Toledo Mud Hens.

After his retirement, he opened Tri-State Baseball and Softball Academy. John’s love of the sport continued when he started coaching kids. He coached Avon Grove High School from 1999 - 2002 and led them to a District Championship. John took great pride in coaching Joey Wendle in his youth and seeing him make it to the Tampa Bay Rays. John enjoyed watching Joey on TV whenever he could. In John’s off-season and once he retired, he was an avid fisherman and hunter. John never tired of teaching kids and sharing the things he loved in life with everyone.

Rest in Peace, John, until we meet again