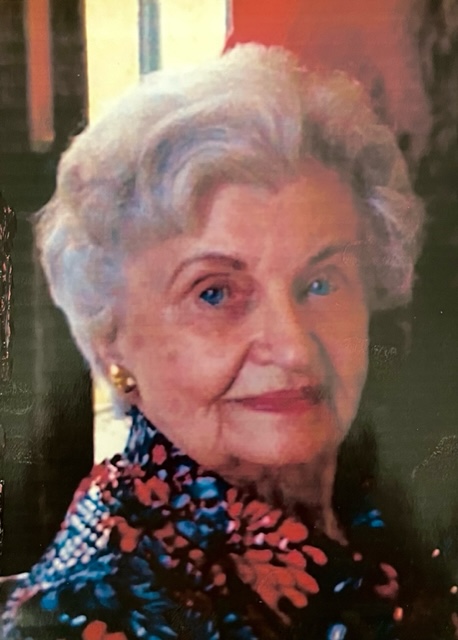 Emma was born on January 10th, 1920, to parents George and Elizabeth Kraus in Hockenheim, Germany and was the oldest of four children. When Emma was twelve, she emigrated with her family to America, settling in Wallingford, Pennsylvania where her father found work as a gardener.

After her formative years, Emma took a job as a Mother’s Helper. She later met Gerald Palmer at a house party and it was love at first sight. The couple married in 1939 and moved to Toms River, New Jersey where Gerald was the Superintendent of a pulverizing company. Emma and Gerald had three children, David, Geraldine and James. In 1946, Gerald passed away, suddenly.

Emma and her children moved back to Pennsylvania, settling with family in the town of Norwood. She took a position at American Viscose Company, a manufacturer of Rayon, and also worked at the Tots to Teens Clothing Store. While riding on a bus one day, Emma met Clyde Parsley, a U.S. Army Sergeant stationed at Aberdeen Proving Ground in Maryland. The two married and after learning of a business opportunity in nearby Havre De Grace, Maryland, the couple moved there with her children where she owned and operated Palmer’s General Store. Upon Clyde’s retirement from the Army, they sold the store and moved to Prospect Park, Pennsylvania where Clyde found work at Boeing Corporation and Emma at Scott Paper. During this time, Clyde and Emma bought property in the coastal town of Seaside Park, New Jersey where they built a small motel which they operated during the summer months.

Emma and Clyde spent many years in Prospect Park with Clyde in retirement and Emma enjoying work as a lunch room manager at the local elementary school. Clyde passed away in 1995 and Emma moved briefly to Newark, Delaware to live with her daughter, Geraldine before moving to their home in Wilmington.

A beloved family matriarch, Emma was known for her great cooking including her famous Dampfnudeln and Potato Soup and other old-world family recipes. She hosted countless dinners and holiday get-togethers. An avid adventurer, she traveled extensively throughout North America, Europe and elsewhere. She especially loved to visit family back in her native country of Germany and hosted trips to Europe with her grandchildren.

A celebration of life will be held privately. Arrangements by McCrery & Harra Funeral Homes.