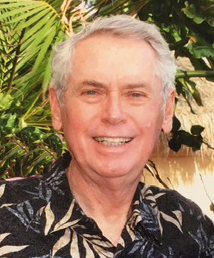 David J. Heinrich, age 90, passed away peacefully surrounded by family on Sunday, July 24, 2022, after a sudden yet brief stay at Chester County Hospital, in the days following his birthday.

He is survived by his loving wife of 52 years, Vicki, his daughter, Heather of Wilmington, DE, his son and daughter-in-law, Todd & Mary of Garnet Valley, PA, grandsons Benjamin & Jordan, his brother and sister-in-law Calvin and Claire of Las Vegas, NV, and many beloved nieces and nephews, in-laws and cousins. He is preceded in death by his sister, Marion Oakes.

David was born on July 18, 1932 in Chambersburg, PA, son of the late Reverend Jacob and Marion Heinrich.

In 1939, the family moved to Buffalo, NY, where David attended school from 1939-1948. He often said he enjoyed walking to and from school in the snow. It was during this time the family vacation tradition to Silver Lake (Perry, NY) began.

He attended WC State Teacher’s College 1951-1953, and played trombone in the marching band. He intended to become a music teacher, but changed his mind and enlisted in US Army in 1953 as a bandsman. He completed basic training at Camp Pickett for 8 weeks, followed by band school at Fort Knox, KY, for 8 weeks. He was then stationed at Fort Meade, MD, with the 2nd Army Band.

Then he attended Navy School of Music, Anacostia, Washington, DC for 6 months with trombone as major instrument and the string bass as minor instrument.

In 1955 he requested duty overseas and was sent to Seoul, Korea for duty with the 8th Army Band which played for visiting dignitaries and honor guard ceremonies.

While off duty, he played with a small combo at officers’ clubs. After the combo entered various competitions and won most of them, they went for a month tour of army bases in Tokyo to entertain the troops.

In April 1956, a scout from the Ed Sullivan Show invited the combo to play in the all-army music show in NY City, live on TV.

David was granted an early discharge to return to school at W.C. State Teachers College in June 1956 for summer sessions. He went on to graduate in 1959 with a degree in secondary education with a biology major and a history minor.

He began teaching biology in the fall of 1959 at Marple Newtown and taught 34 years. To quote one of his former students, “He made Biology come alive. He made it the most interesting and enjoyable class I had as a high school student.”

After retiring, David kept working at his own swimming pool business, which he had started in 1976 selling and delivering pool chemicals and then expanded to winterizing pools and servicing motors, heaters, and filters. He continued this work until moving to the Maris Grove Sr Living community in Glen Mills in the fall of 2017 at the age of 85. (He loved to work and it was really hard getting him to fully retire!)

Throughout his life, David enjoyed travel and adventure. Some of his favorite passions were boating, water & snow skiing, and golf - all which he’d introduce to his family. As a family they traveled throughout the United States as well as bareboat sailing in the British Virgin Islands, and he continued traveling with Vicki after retirement to Hawaii, Alaska and the Canadian Rockies. Each March they enjoyed vacationing in the Florida Keys (where David used to scuba dive as a bachelor) and the past 8 years at their favorite spot on the Florida Gulf Coast.

He was a Corvette and Lionel model train enthusiast, enjoyed reading about history, and was appreciative of music as he continued to play the trombone in church orchestras. He was a man of faith with a loving heart and strong family bonds. He was a devoted husband, father and grandfather.

He is now enjoying the blessing of Heaven, in the arms of his Savior and Lord, Jesus Christ.

We will all miss his laughter, good nature, depth of knowledge, and his positive attitude.

We have the comfort of knowing we will see him again when we pass from this life to the next and are praising God each day for that assurance.

Visitation from 1:30pm-2:30pm, followed by memorial service including family and friends sharing memories at 2:30pm.

In lieu of flowers, the family suggests contributions be made to the charity of your choice in his memory.