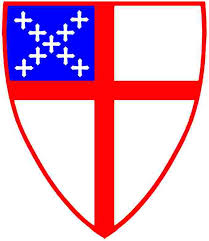 Ordained in 1959, he had a dual vocation from 1970-1988 serving churches and working in the computer industry. During his ministry, Father Karney served churches in Connecticut, Illinois, and Delaware for over 40 years. While in Delaware, he served on various committees, including the Trustees of the Diocese and the Standing Committee. Retiring in 2000, he was elected Rector Emeritus of St. Barnabas Church, Wilmington, where he had served for 10 years. In his retirement, he remained active in the priesthood and continued to serve congregations in Delaware, Pennsylvania, and New Jersey.

The funeral service will be held at 1:30pm, Saturday, August 20 at Christ Church Christiana Hundred, 505 E. Buck Rd., Wilmington, DE 19807. In lieu of flowers, donations to the Karney Scholarship Fund, c/o The Episcopal Church in Delaware, 913 Wilson Rd., Wilmington, DE 19803 will be appreciated. Established by Father and Mrs. Karney, the fund provides scholarships for college women in Uganda. Funeral arrangements by McCrery & Harra.