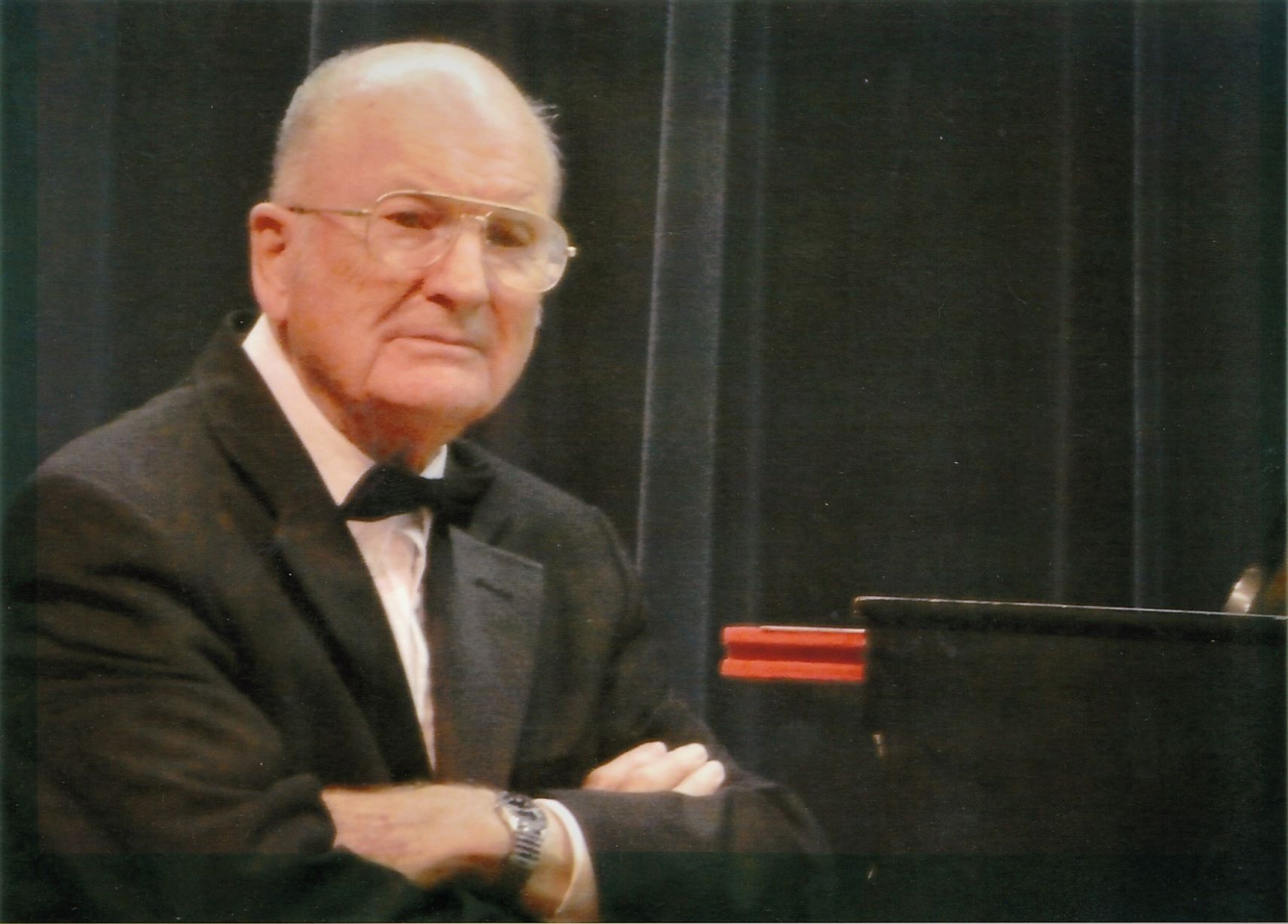 Mr. Humphrey was born April 24, 1927, to Tenney R. and Nettie D. Humphrey of Proctor, Vermont. He was a graduate of Proctor High School, Oberlin Conservatory of Music, and Temple University (Master of Music Education). From an early age, carrying on a tradition of playing in community bands from his father and grandfather, music became an essential aspect of his life and legacy.

Beginning in 1951 he taught students in grades 4-9 for over 40 years at area schools including Henrik J. Krebs and H. B. Dupont Middle Schools. His specialty was instrumental music and forming young people of varying talent levels for a lifetime of musical enjoyment. To say he could get music out of a fencepost was not a cliché. He was a member of the Delaware Music Educators Association and received the Delaware Music Educator of the Year award in 1991.
He served as Choir Director at Peniel United Methodist Church for over 30 years and continued assisting with music at Peniel until the time of his passing. Following retirement from the school system he directed the New Castle County Community Band, the Upbeats Dixieland Band, and taught music and directed several bands at the Osher Lifelong Learning Institute of the University of Delaware in Wilmington. In addition, he was an active member of the Swing City and Rhythm Doctors dance bands and provided music in numerous informal combos and solo settings.

In addition to his musical pursuits, Mr. Humphrey served in the U.S. Navy (1944-1945), was a devoted husband and family man, world traveler, Civil War history buff, hand-tools carpenter, and was known to be able to fix/organize/reinforce any household item or problem with rubber bands, tape, and/or bungee cords.