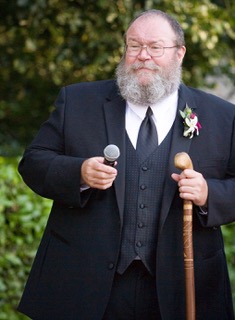 Dave was born in Philadelphia on July 10, 1948 to Edmund Rodham Hewit and Frances Jane Hewit. He grew up with his sister Nancy and lived in many states as his family moved for his father’s Air Force service. He graduated from Newark High School in 1966. Dave was in the first graduating class of Delaware Technical & Community College where he earned academic honors and met his wife, Lorraine Bafundo of Wilmington, Delaware. Lorraine and Dave were married in 1970 and settled down together in Wilmington.

Dave worked as a systems analyst for Blue Cross for a short time before starting a more than 30 year career at Hercules. Dave & Lorraine raised two children, Eric and Jessica. He loved the outdoors and found solace in hiking, canoeing and camping with his family. Dave also had a special love for animals and had many dogs, cats and other small pets that he cared for deeply throughout his life. He was a raconteur who loved connecting with people and was often the life of the party who was happiest with a cold beer in his hand and one of his favorite bands, Pink Floyd, Led Zeppelin, Neil Young or the Beach Boys playing. He was a great dancer and romantic at heart. He was generous with everyone, always opening his home and sharing all he had. After surviving cancer and handling many other health ailments, Dave was recently diagnosed with Lewy Body Dementia, which he’d likely been suffering from for years.

Dave is survived by his wife Lorraine, son Eric and daughter Jessica as well as his daughter-in-law, Amy Diaz, son-in-law, Erik Siebert, and grandchildren Sophia (Jessica) and Theodore (Jessica).

The family will hold a celebration of life in the fall, please be in touch if you would like to be included. The family requests those who wish to express sympathy to consider making a donation to VITAS Hospice @ vitascommunityconnection.org or Penn Memory Center @ https://pennmemorycenter.org/gifts/donate/ in Dave’s name.