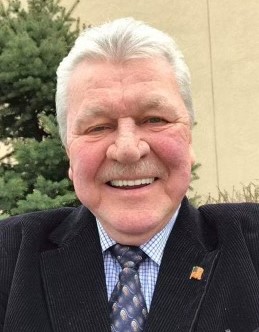 He was born and raised in Chester, PA and was the son of the late Anne (Powell) and Harold Williams. He proudly served his country in the US Navy aboard the supply ship, USS Alstede where his tasks were in radio communications. Tom served his country during the Kennedy/Cuban Missile Crisis.

After being honorably discharged, he joined the Washington Nationals and toured the world playing basketball with the Harlem Globetrotters. Tom then went on to a variety of sales roles from real estate to cars, to carpets and furniture, with his most recent position with Cohen Furniture until his retirement.

Tom was also preceded in death by his son, Walker Oliver Williams and 2 siblings, Barbara Sparks and Jerry Williams. He is survived by his 2 nieces, Diane Sparks and Beth Pearsall (Chuck) and family, both of Wilmington.

Services and burial will be held privately.