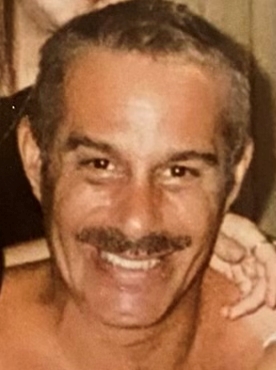 Mark attended St. John the Beloved School and St. Mark’s High School where he was a member of the 1st graduating class in 1973 while receiving 2 letters as a Varsity standout wide receiver.

After High School Mark enlisted in the Army and was stationed in Germany for 5 years. After leaving the service he worked briefly at DuPont, Haveg Corporation and Helmark Steel until he found his niche as a custom painter where he spent 15 years for Bell Painting while raising his family. Mark retired as a successful self-employed local painter.

Mark’s hobbies included spending time with his kids and grandkids, and always made time for watching sports and his beloved Eagles. Mark enjoyed eating; especially Steak, Seafood and Pasta. As we all know Mark, he always had a genuine smile and serene personality to compliment his kindness and good looks. Mark fought the fight to the end and never lost his faith in God.

Mark was preceded in death by his daughter, Megan. He is survived by his children, Michael, McKenzie and Dakota; his significant other, soul mate, and best friend of 20 years, Donna Lloyd; his 6 grandkids, William, Vincent, Dominick, Sebastian, Cameron and Lennon; as well as his 7 siblings, who Mark loved and had a close relationship with, Catherine DiMatteo, Judith Hudson, Matt DiRocco, Marybeth Miller, Rich DiRocco, Joe DiRocco and Peter DiRocco.

A private mass and burial for family members only will be held a later date.