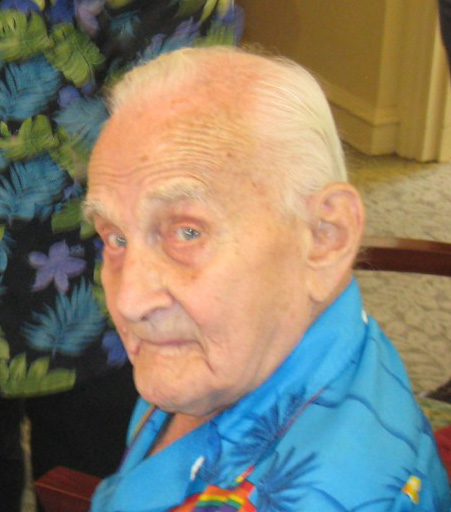 Harry knew hardship as a child and spent some years at a fresh-air school designed to improve children’s health. He learned the value of hard work through his paper route and by delivering telegrams in all weathers on his bike.

Harry joined the United States Merchant Marine on September 5, 1941. As an Able Seaman, he attended officer training in New London, CT, and began crossing the Atlantic in the days of the U-Boat threat. He was on a supply ship just off Normandy to support the famous landing, and he sailed both the Atlantic and Pacific in connection with the Marshall Plan. Harry resigned from the Merchant Marine in 1948 as Chief Mate.

That year, he began his long career with the DuPont Company, in its Engineering Department. As a draftsman, he worked on numerous design and construction projects. He was a proud DuPonter, retiring in 1988.

Harry was a valued member of Trinity Episcopal Parish, where he volunteered as a Sunday school teacher, scoutmaster, usher, vestryman, and member of the buildings committee. He served as a wise resource on many projects, always with good will, clear opinions, and a dedication to positive outcomes.

Harry’s varied interests included ballroom dancing and keeping his aviator’s license up-to-date. He and Ramona were enthusiastic members of several ballroom dance clubs. Harry was also a member of the New Garden Flying Field Soaring Club in Toughkenamon, PA, where he enjoyed piloting gliders and providing tow-plane service. He loved to talk about soaring and his many regular gliding trips.

The family gratefully appreciates the loving care given by the VITAS Healthcare nurses, chaplain, social workers, and music therapist during the past two years.

A memorial service will be held at Trinity Episcopal Church, 1108 N. Adams Street, Wilmington, DE 19801, on June 18th at 10am followed by burial at Riverview Cemetery and a reception at the church. In lieu of flowers, the family suggests contributions to the Trinity Rector’s Discretionary Fund, which is used for those in need, or to the Acts Country House Employee Appreciation Fund, 4830 Kennett Pike, Wilmington, DE 19807.