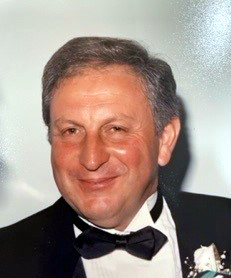 Son of Norina and Joseph A. DeLuca, II, Joe was born in Wilmington and grew up on Maplewood Lane, off of Foulk Road. As a young man, he spent summers at DuPont Country Club where his passion for golf began. He graduated from P.S. duPont High School where he was a record-setting first-baseman on the baseball team; and then the University of South Carolina where he earned a degree in Engineering. Joe proudly served our country in the United States Army. He was an accomplished Engineering Consultant and initially in his career, Joe held engineering and sales positions. For many years, he worked as a Golf Professional including brief participation in the Sunshine or Mini circuit (a qualifier for the PGA tour) and also as a Club Professional; in fact, he was happiest on the golf course with his friends and family. Joe was an avid sports fan, and faithfully listened to the Phillies on his portable radio with Harry and Whitey. He also coached various sports and, as a proud father, never missed his sons’ athletic events. A favorite among his sons’ friends, he was a father-figure to many. Joe enjoyed any type of Italian food, vacationing at Rehoboth Beach, listening to music by the Boston Pops, Dean Martin, and Frank Sinatra, and a good laugh. Joe was a loyal friend and as a devoted Christian, he especially enjoyed reciting the Lord’s Prayer.

Joe’s high school sweetheart and beloved wife of 56 years, Marguerite (Peggy) Huntington DeLuca died in 2016. He is survived by their 2 sons, David W. (Nancy) and Timothy S. (Jacqueline); 5 grandchildren: Dominic Joseph, Sophia, Alisa, Dayna, and Jenna; and his sister, Nina Patterson (Peter). In addition to his parents and his wife, Joe was preceded in death by his sister, Donna DeLuca

A viewing will be held on Thursday, May 12 from 10:30-11am, followed at 11am by a funeral service at St. Stephen’s Lutheran Church, (where Joe’s late father-in-law, Park W. Huntington, was the founding Pastor). Parking is available through the courtesy of Westminster Presbyterian Church in their parking lot located at 1502 W. 13th St., Wilmington, DE. Interment will be at Silverbrook Cemetery. In lieu of flowers, the family would appreciate donations in Joe’s memory be sent to St. Stephen’s Lutheran Church, 1301 N. Broom Street, Wilmington, DE19806. Funeral arrangements by McCrery & Harra.