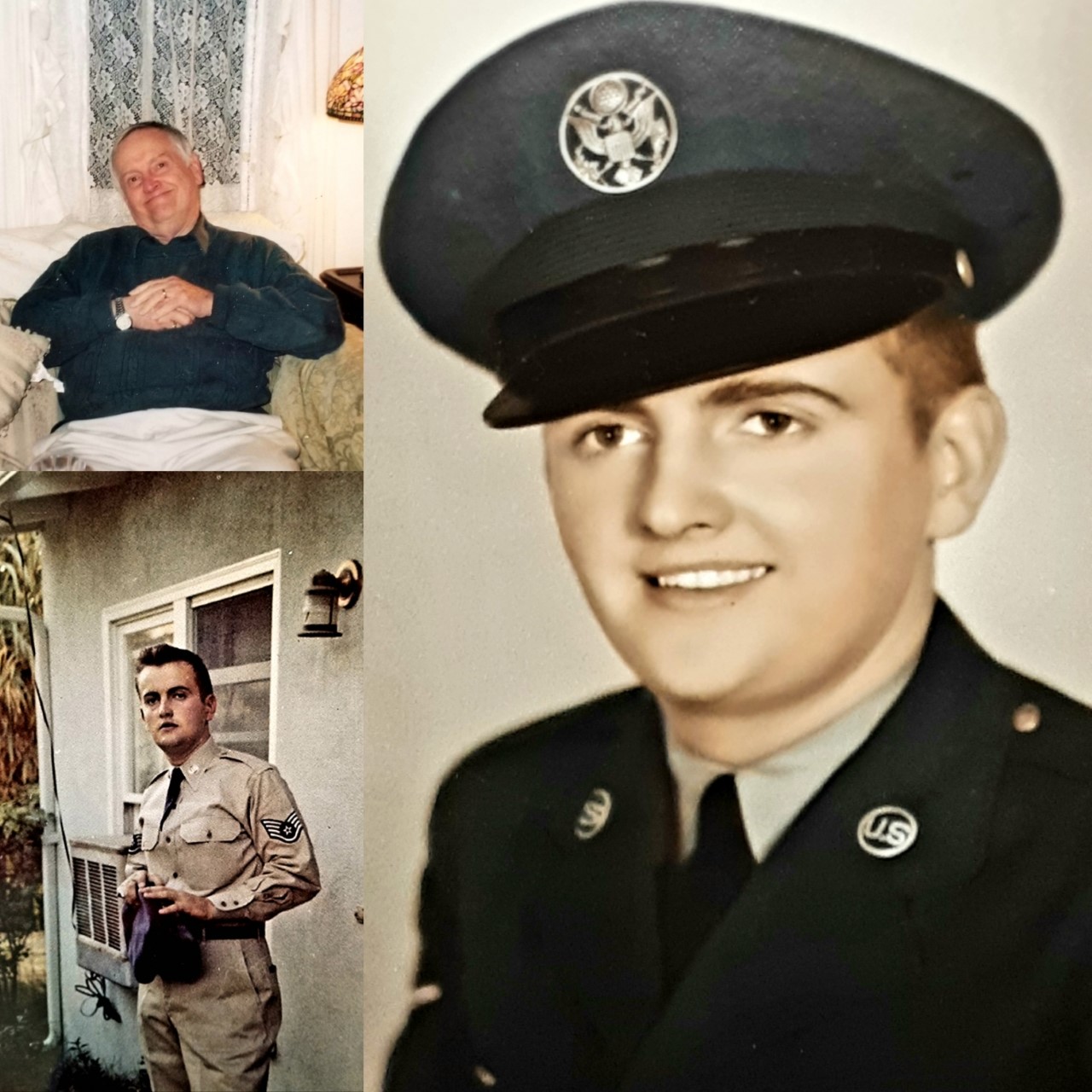 Ronald Webster Norvell, passed away peacefully on March 17, 2022, with his wife of 62 years, Jean, at his bedside.

Ron was born in Wilmington Delaware on November 8th, 1935 and graduated from Newark High School in 1953. In November of that year, he joined the US Air Force and would go on to have a 22-year career in Communications, serving in Germany, Saudi Arabia, Japan, Taiwan, as well as Delaware, Florida, Texas and California, retiring with the rank of Senior Master Sergeant. His greatest assignment though was Jean. After attending a friend’s wedding, where Jean was supposed to serve as maid-of-honor and did not make it, Ron was shown a picture of her. Shortly thereafter, he went to London on leave and decided to look her up. It must have been love at first sight, because after only 3 dates, Ron proposed, and Jean accepted!

Jean was able to accompany him on tours in Japan and Taiwan and they started a family. Daniel Norvell was born in London, England and Esther was born on the Tachikowa air base in Tokyo, Japan.

The family eventually settled back in Newark and when he retired from the Air Force, Ron, went back to school and earned his master’s degree in Psychology from Washington College, commuting from home to Chestertown, Maryland. He worked with the Superior Court of the State of Delaware for 33 years in the Pre-Sentence Office, which involved interviewing “found guilty” offenders for investigations undertaken by Superior Court to determine the appropriate sentencing penalty based on the law. A man of compassion and empathy, this was very challenging for Ron, but he never brought it home to his family. He retired as the Chief Pre-Sentence Officer for New Castle County, in 2011.

Ron and Jean made regular, almost annual, trips to England to visit family on the farm in Cornwall. An avid reader, nothing was better than the English countryside for a good book or three. And the trip across the pond always started in London to see Les Misérables, Ron’s favorite musical.

Ron was a strong believer of angels (after all he married one and raised two), and believed they walked the earth. One day in 2003, with Esther and her husband Matthew looking at a house in Historic New Castle, Ron said, “oh, I think I just saw my dad in the kitchen” – that was good enough, Esther and Matthew moved in, Daniel moved in next door later that year and 3 years later, Ron and Jean also moved to Historic New Castle.

Ron is a direct descendent of the Hamners of “The Waltons” TV show fame and cousin of Bob Clayton, who was one of the regular featured dancers on American Bandstand.

Ron was a man of many sweaters and few words, but the words were always just right and just enough to set you straight. He would often be found as the person listening to others without judgement, just listening with the perfect nod and comforting grin.

A private service will be held at the Delaware Veterans Chapel and Cemetery on April 7th and a “Celebration of Life”, open to the public will be held Sunday April 10th at The Arsenal in Historic New Castle, 30 Market Street, New Castle, DE 19720, beginning at 2pm as a meet and greet with the family and friends; light refreshments will be served.