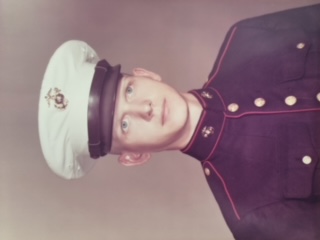 Thomas Christopher Lis, age 77, of Wilmington, DE was called home to God on March 20, 2022. He was born and raised in Philadelphia, PA. He was a devout Catholic, graduating from St. Joseph’s Prep and met the love of his life, Joanne, at a church dance. Tom proudly served as a Sergeant in the U.S. Marines, sailing on the USS Intrepid during the Vietnam War. He spoke gratefully of being able to travel the world while in the Marines. His strength and resilience was apparent through his courageous battle with cancer in his last years.

Tom had a 24-year career with IBM and, after retiring, he continued his passion for technology through consulting work. Later, he worked at Bayada with his wife, a registered nurse, in order to spend more time with her. Tom retired again to care for his wife through her extended illness. This experience led him to join and become a valued member of the FTD support group, a fellowship that provided a great source of comfort and friendship for him.

Tom enjoyed woodworking, target shooting with friends, live theater, music, and his beloved dog, Dixie. He enjoyed sharing his knowledge and was often the person that friends and family called for help with technology and home projects. With his wife, both avid gardeners, he cherished their time working together outside and creating beautiful gardens at their home.

A viewing will be held on Saturday, March 26, at 10:00 am followed by a funeral service at 11 am at the McCrery & Harra Funeral Homes, 3924 Concord Pike, Wilmington. Burial will be held privately.

Services will be livestreamed at the following url: https://my.gather.app/family/thomas-c-lis

In lieu of flowers, the family suggests contributions be made to Faithful Friends Animal Society, 12 Germay Drive, Wilm., DE 19804.