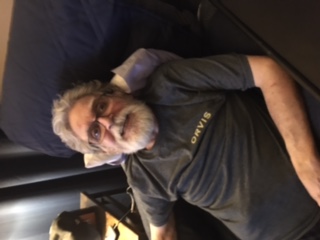 Ric had a successful career in sales and popularized the shoe brands Long Haul Boots and Durango Boots. He was an accomplished traveler who navigated highways across the United States using only paper maps. Ric was born in Howell, NJ and has also held residences in Lancaster, NY and Wilmington, DE.

Ric enthusiastically lived life to the fullest and surrounded himself with loving family members. He is survived by wife Kathryn Ann Fink, whom he married in 1979, as well as two children Richard William Fink II (Lucinda Howze), Robert Dennis Fink, and grandson Mason Lenox Fink. He is also survived by sister JoAnne Missey and her children, nephew Jason Missey and niece Randi Scott. Ric is pre-deceased by parents, Walter and Joan Fink, and sister Eileen Fink. Close friends include Eric Houser and Vicki Shoffner. He will also be missed by his devoted dog Bo.

Ric is widely known for his comedic presence, ability to strike up a conversation, and his large collection of hats and caps. Per his wishes, Ric will be laid to rest in a private ocean-front ceremony in Spring of 2022.