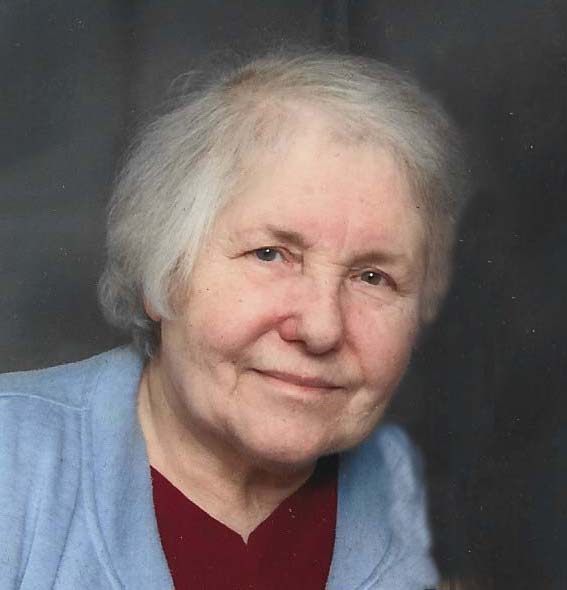 Helene Bjornson, 85, of Wilmington, passed away February 7, 2022. Helene was born in Paris, France to Alexander Horochiloff and Frederique Irene Horochiloff, nee Shick, who both emigrated from Russia to France during, or shortly after, the Russian Revolution.

She was raised and educated in Paris, studying philosophy and foreign languages, becoming fluent in French, Russian and English. She enjoyed reading and the written word. At age 10 she decided to be a journalist, pursuing that goal while switching writing skills from French to English.

She married Frank LaGaccia who was stationed in France with the U.S. Air Force. Her son, Frederick, was born in Normandy, France; the family moved to the United States when he was three months old. They were stationed at various Air Force bases in New Mexico, Ohio, Virginia and Delaware. Son Eric was born in Roswell, New Mexico. Her second marriage was to DuPont chemist, August Bjornson.

Helene spent 40 years working as a journalist and editor in newspapers in all the states where she resided, until her retirement from The News Journal. In that time, she achieved a number of accomplishments and received numerous journalism awards.

She became the first woman inducted into Sigma Delta Chi, the Society of Professional Journalists of Philadelphia, when it opened membership to women journalists in the late 1970s, going on to become a board member and then president in 1983. She also was a member of the Washington (DC) Press Club, sponsored by the late Helen Thomas, Dean of the Washington D.C. Press Corps

While working full time at The News Journal, Helene studied nights for a paralegal certificate from Widener Law School; upon retirement, she launched Paralegal Services Inc. with several classmates. She worked as a paralegal/medico-legal reports writer for many years into her 80s with Delaware Neurosurgical Group.

Helene enjoyed the fine arts including classical music, ballet, and literature. Her favorite author was Colette; she loved the ballet, Giselle; and she was fond of Impressionist painters. She was an arts patron, endowing a grant in her mother’s name for students at the Julliard Music School, New York City and helping launch the Russian Ballet Theater in Wilmington, now the First State Ballet, providing lodging and financial help to individual dancers. She had the honor of meeting preeminent Russian ballet dancers Rudolf Nureyev and Mikhail Baryshnikov. She also loved animals and nature, becoming a lifelong supporter of protection organizations. She traveled widely despite a fear of flying, and enjoyed yearly vacations on Bailey Island, Maine.

Her two sons died in 2009 within a few months of each other. Husband August Bjornson died in 2013. She is survived by grandchildren Eric, Daniella and Katherine, daughter-in-law Melissa, daughter-in-law Irina, and beloved companion Miley the dog.

Although not a regular parishioner, she attended St. Alexander Nevsky Russian Orthodox Church in Richmond, Maine; in Wilmington she attended St. Peter and Paul Orthodox Ukrainian Church, and Concordia Lutheran Church. Helene was a parishioner of Immaculate Heart of Mary Church.

A Celebration of Life for Helene will be held on March 4, at 11 am at the McCrery & Harra Funeral Homes, 3924 Concord Pike, Wilmington, where friends may call after 10 am. Burial will follow at Silverbrook Cemetery.

A livestream will be available at https://my.gather.app/remember/helene-bjornson