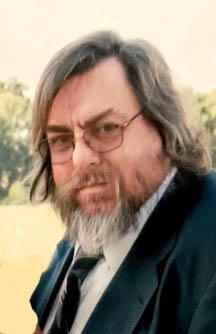 John A. Bryant passed away on February 1, 2022 at the age of 66, in of his hometown of Wilmington, Delaware, after a long fight with the complications of chronic kidney disease.

John grew up in Wilmington where he attended Thomas McKean High School. Since childhood, he spent his summers in Ocean City, MD, where he could be found walking the boardwalk with Trasher’s french fries, exhibiting in custom van shows with Del-Mar-Va Club, and jumping through waves with his daughter on his shoulders. Even as his health declined, he enjoyed long drives from New Castle just to sit with a newspaper and look out over the water.

John started a career in Fleet Services at U.S. Airways in Philadelphia in 1986 where he got the nickname “mother” as the best baker in his local Teamsters Union. Every holiday, he spent hours in the kitchen listening to oldies and baking his famous cakes to share with friends and family — however, the dessert he chose for himself was always his mother’s apple pie.

He spent Saturdays with his “breakfast crew,” and Sundays were usually reserved for watching Dallas Cowboys’ football (a team he followed since attending high school with defenseman Randy White). His love of sport also made him a great coach and cheerleader for Jessica, not just on the sidelines but through all milestones in her life.

In his quiet time, he loved to watch old westerns and classics, just like his pop.

He captured life moments through photos, always enjoying being on the other side of the lens. Memories of John will be best remembered deep in the hearts of his family and friends. His love and support of them was unconditional, and will continue to be as he goes up to the spirit in the sky.