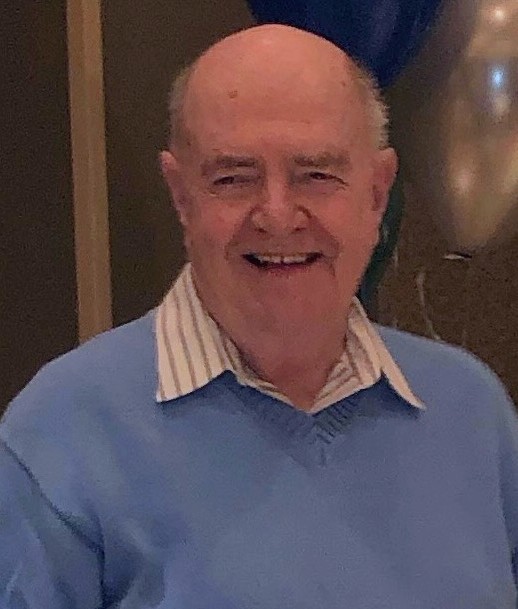 Denis “Denny”, 83, passed away peacefully on Friday January 21, 2022. He was born in Philadelphia to Dennis and Ellen (Sweeney) McCormick, both from Donegal, Ireland, on January 17, 1939. He attended St Thomas More High School. He earned his Bachelor of Science in Accounting from LaSalle University in 1960. He is survived by his loving and devoted wife of 60 years, Rosemarie (“Tiny”) nee Aita, his daughter, Ellen Wolcott (Tom) and his sons, Denis Jr. (Julie), Steven (Kelly), Peter (Michele), Michael (Jill) and Albert (Megan) McCormick. Beloved “Pop” to 15 grandchildren, Tony, Nicki, Christopher, Kathleen, Matthew, Jake, Megan, Riley, Mallory, Alyssa, Connor, Caitlin, Piper, Drew and 5 great grandchildren, AJ, Shane, Maddie, Emily and Josh. He was predeceased by his grandson, Denis III (“DJ). He is also survived by his sisters-in-law, Annette Greco and Mary (George) Clarke and loved by many nieces and nephews. His family meant everything to him.

Denis served as a Captain in the Army reserve and was a 50 year member of Delaware Veterans Post #1. He worked as the Chief Finance Officer for over 30 years for Dolbey Scientific in Yeadon, PA and retired as an auditor from the Diocese of Wilmington.

Denny and Tiny moved to Delaware in 1971 to raise their children as members of Immaculate Heart of Mary Parish, where he served as coach for many years in CYO Basketball. He was also well-known in the community as a longtime coach (20+ years) for Naaman’s Little League.

A celebration of his life will begin with visitation on Thursday, January 27, 2022, at Immaculate Heart of Mary Church (4701 Weldin Rd. Wilmington, DE 19803) from 10 - 11:30am, followed directly by Mass. Burial will follow at St Joseph’s on the Brandywine. In lieu of flowers, please send donations to IHM parish in his name.