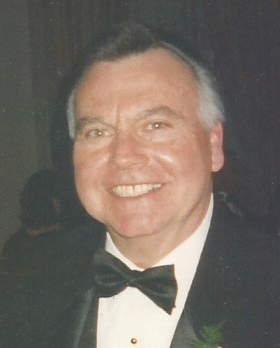 He was born and raised in Philadelphia, PA and was the son of the late Ann R. (Galante) and Charles T. Coskey. Thomas graduated from Monsignor Bonner HS in 1960. During his high school years, he appeared on American Band Stand. He then proudly served his country in the USAF.

Thomas was employed at Xerox Corp. enjoying a successful career for 32 years, retiring in 1997 as a Service Manager. Thomas was an avid car enthusiast and enjoyed boating on the Chesapeake Bay. He spent time meeting friends daily for coffee and playing with his dog Ginger.

His beloved wife of 33 years, Margaret A. Coskey died in 1996. He is survived by his daughter, Peggy Centrella (Lou); 3 grandchildren, Jillian, Nicholas and Maya and his companion of 21 years Rose Kannuck. His is also preceded in death by his daughter in 2013, Kimberly Ann Coskey Winkelman.

A visitation will be held on Wednesday, January 26, at 9:30 to 10:30 am at St. Joseph on the Brandywine Church, 10 Old Church Rd, Wilmington, DE, where a Mass of Christian Burial will follow at 10:30 am. The inurnment will be the next day, Thursday at 10 am in the adjoining cemetery behind the church.

In lieu of flowers, contributions may be made to St. Jude Children’s Research Hospital, www.stjude.org and the DE Humane Association, www. delawarehumane.org.