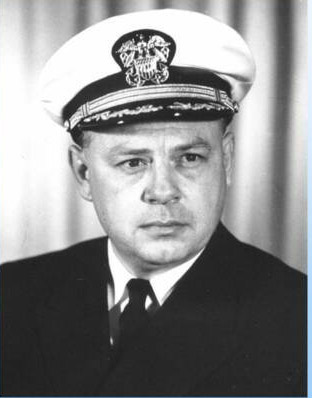 Louis Prost died Jan. 2 at Millcroft. Lou was born Sept. 10, 1920 in St. Louis, MO to William Thomas Prost and Clara (Maurer) Prost. He recently celebrated his 101st birthday. He was predeceased by his parents, brother Claude, sisters Dorothy Prost and Muriel Meinhardt, his wife of 62 years Lillian Jones Prost (2008) and his son Louis Alan Prost (2005), daughter Pamelia Hofmann Klein (2011), and great- grand sons Ronnie Lee Prost and Dylan Hofmann. He is survived by sons Will Prost (Eric, deceased) and Robert (Diane); daughters Louisa Lindell (Brendan), Claire Holleran (former spouse Patrick), and Claudia Stallard (Earl) all of New Castle County. He is also survived by 14 grandchildren and 23 great-grandchildren with one on the way. He is also survived by cousins Richard Hunt (Joy) and Barbara Gantner in the St. Louis area.
After high school he worked at Curtiss- Wright Aircraft before joining the Lighter -than-Air division of the Navy in 1942. He was a blimp pilot in WWII, performing ocean surveillance and guarding convoys in the Atlantic. He and his crew kept Nazi submarines at bay from Maine to Guantanamo Bay to the Azores. He was awarded the Air Medal for flying non-stop from Bermuda to the Azores, the longest wartime flight of an airship. He was copilot on a Navy airship that broke the Russian record of 123 hours aloft; the US ship went 170 hours. In 1945 he was taking a blimp from Lakehurst, NJ to Moffet Field, CA and was in New Mexico when he received an order to stay 50 miles from Alamogordo, the site of the first atomic bomb test. He and the crew could feel the shock wave of the explosion, though they had no idea at the time what was going on. Lou was the last living WWII blimp pilot. He retired in 1947 as a full Commander. He logged more than 9,000 hours of airship time and 900 hours of fixed-wing time. After the war he flew blimps advertising Goodyear, Wonder Bread, and others in the US and Canada. In 1956 he flew the first post-war airship in Germany, a hydrogen filled blimp advertizing Underberg Bitters. In 1974 he taught 3 Japanese pilots to fly helium filled blimps doing environmental testing of ocean waters and televising golf matches. In 2006 he was inducted into the Delaware Aviation Hall of Fame. He worked for All American Engineering at the DuPont Airfield for 22 years and for Metal Masters of Delaware for 12 years. His hobbies included bridge, golf, bowling, and woodworking. Many thanks to his many caregivers who enabled him to live comfortably and safely in his own apartment to the end, especially Dodie and Mimi.

Burial in the Delaware Veterans Memorial Cemetery will be private. In lieu of flowers donations may be made to Heartland Hospice. To send condolences visit: www.mccreryandharra.com.