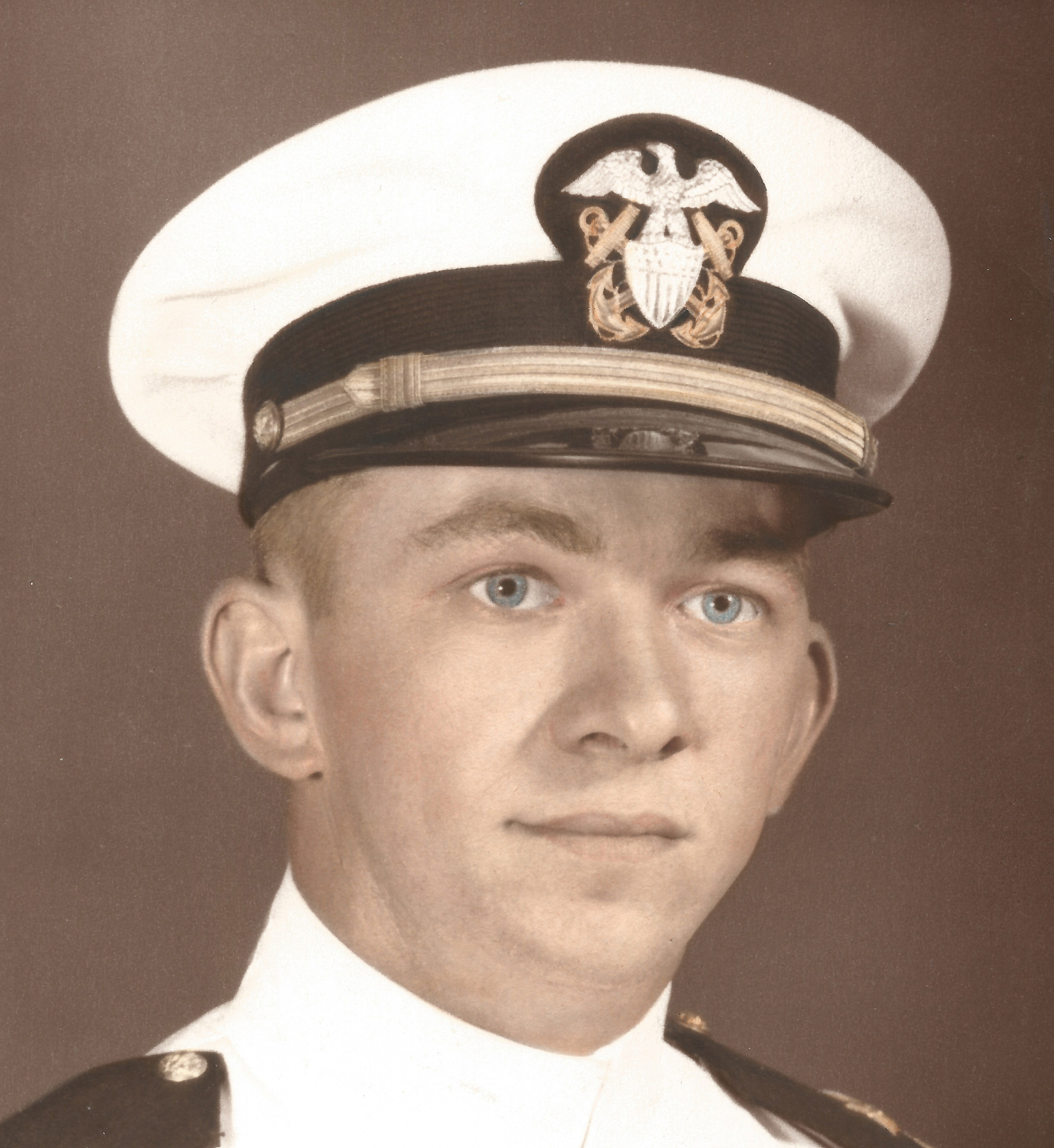 Glen Mills, PA-Ronald Earl Baughman, 89, of Maris Grove in Glen Mills, PA passed away on Friday, October 29, 2021 after a short illness. He was the son of Earl and Elizabeth Baughman of Manor, PA where he was born and raised. He attended Indiana State Teachers College (now Indiana University of Pennsylvania). He met his wife Dorothy “Dot” when they were both freshmen and was a member of Kappa Delta Rho fraternity. They were married in June of 1955 following their graduation, both with teaching degrees.

Ron went on to proudly serve his country, graduating from the U.S. Naval Officer Candidate School. He served 4 ½ years of active duty in various locations including aboard the USS Forrestal overseeing the Special Weapons Unit. He spent the next 19 years in the Reserves, most of that time at the U.S. Armed Forces Recruiting Center on Kirkwood Highway. He retired in 1979 with the rank of Lt. Commander. The accompanying picture shows Ron as a dashing young Naval officer early in his career and is a favorite for the entire family.

Following discharge from active duty, Ron and Dot returned to western PA with their two young daughters where he embarked on a career as a mathematician in the Research and Development Department at US Steel. In 1963 the family (now with three daughters) settled in Wilmington, DE when Ron secured a teaching job in what is now the Brandywine School District. He continued his education and earned his Master of Education degree from the University of Delaware in 1968. The majority of his career was spent teaching math at Concord High School until his retirement in 1989.

Ron was an active member of Aldersgate United Methodist Church for more than 50 years. His service there included a term as President of the Board of Trustees and as an usher for 25 years. He spearheaded many family camping trips in the tent-trailer. Among the most memorable was a six week adventure visiting countless national parks and tourist attractions across 36 states. Later years brought many visits to the family beach house in Ocean City, NJ.

He was an avid and proficient bridge player and a member of the Veterans Club at Maris Grove. He enjoyed his monthly breakfasts with the Concord retired teachers group and his daily trips to Wawa for a cup of their original cappuccino. He also never lost his passion for his hometown Pittsburgh Steelers.

Ron was predeceased by his parents, siblings Harold Baughman and Helen Hauser, and son-in-law Mark Hinman.

Ron was a loving husband to Dorothy, his wife of 66 years. He was the best Dad to his three girls Tana Hinman, Cindy DeYoe and Lori Raphael, all of Wilmington. A proud and devoted Grandpa to Kara (DeYoe) and husband John Curtis of New York City, Kimberly (Hinman) and husband Dave Rulon of Wilmington, Kevin DeYoe and wife Becky of Peekskill, NY and Brianne Raphael of Wilmington. In his later years, Ron got a big kick out of his 3 great-grandchildren: spitfire Leah Curtis, his mini-me Nicholas Curtis, and love bug Colton Rulon.

To the end, Ron always put his family first. He will be remembered for his character, grace, faith, intelligence, wit and as a well-liked, all-around good guy.

Funeral services will be Friday, November 5th at Aldersgate United Methodist Church, 2313 Concord Pike, Wilmington, DE. The family requests that everyone wear a mask. Viewing will be from 9:45- 10:45am. The service will begin at 11am. A luncheon will follow at the church. Burial will be private.

If you would like to honor Ron, in lieu of flowers the family suggests a contribution to Aldersgate United Methodist Church or to a cause that is close to your heart.

Above all, tell someone you love them.