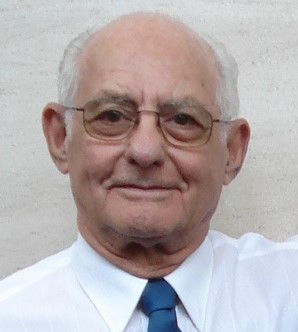 Wilmington-Nicholas Arthur Trasatto, age 93, passed away on October 24, 2021 at home in Cary, NC after a long illness.

He was born in Civitella Messer Raimondo, Italy. He emigrated to the United States when he was 3 years old and settled with his family in Conshohocken PA and after marrying resided in Wilmington, DE for over 50 years before moving to Cary, NC. He was a member of the United States Army 101st Airborne Division and served in Heidelberg, Germany and other locations and was a member of the American Legion.

After graduating from Conshohocken High School, Nick began his career as a plumber and oil burner mechanic before working over 30 years at the DuPont Company Chambers Works plant in Deepwater, NJ as a pipefitter and foreman.

Nick was preceded in death by daughter Carol of Olympia, WA. He is survived by his wife of 67 years, Ann (Masciantonio), his son Steven and daughter-in-law Doris (Taylor) of Cary, NC; grandson James Trasatto of Durham, NC, and brother-in-law Feriz Delkic of Ponte Vedra Beach, FL, and many nieces and nephews.

A viewing will be held on Saturday, Oct. 30, 2021 at 9:30 AM followed by a service at 10:30 AM at McCrery and Harra Funeral Home at 3924 Concord Pike in Wilmington, DE 19803. Burial will be immediately after the service at St. Joseph-on-the-Brandywine Cemetery.