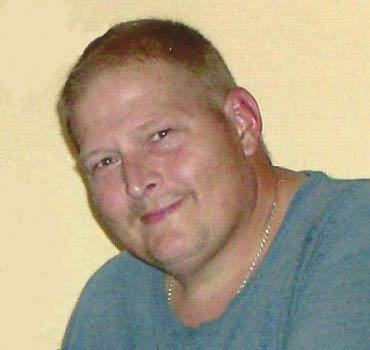 WILMINGTON - JD Howell, age 54, passed away on September 16, 2021. Born in 1966 in Oxford PA, the only child of Eleanor McNatt Howell and James L. Howell. JD’s family moved to Marshallton, DE when he was young. You may know JD as Chief, Bubba, Towhead, or Big Jim. However you knew JD, he was larger than life. JD’s favorite titles though, were that of Husband and Dad.

JD graduated from Thomas McKean High School. He developed a strong work ethic at Carousel Stables, which his mother managed before it became a County Park. He also worked on a number of family farms. Being raised to not shy away from hard work and demanding tasks prepared him well for a career in heavy equipment operations and the fire service.

Following his family’s involvement in the fire service, JD joined the Mill Creek Fire Company at age 15 as an “Explorer.” JD held various positions throughout his lifetime service at the Mill Creek Fire Company including serving as a mentor and trainer to new members and the “First Due Crew.” For years, JD volunteered as an Emergency Medical Technician, serving on the community Ambulance as well as serving as an Ambulance Lieutenant for the Company. He received numerous awards including the 1994 “Heroic Fireman of the Year Award” by the New Castle County Volunteer Firefighter’s Association and Delaware Volunteer Firefighter’s Association. He was an Assistant Instructor at the Delaware State Fire School and held Life Memberships at both Mill Creek Fire Company and Hockessin Fire Company.

JD felt fortunate to often be first on scene or in the right place at the right time and was able to make a difference. His team was working the Mill Creek Fire Company ambulance when, now U.S. President, Joseph R. Biden needed lifesaving treatment. Senator Biden was so grateful of the team’s ability and confidence in getting him to Walter Reed Medical Center during a snowstorm that the crew received a personal thank you.

JD served as a Chief Officer of Mill Creek Fire Company for fifteen years, three of which were as Fire Chief. Whether you were “Team J.D.” or not, JD appreciated those who disagreed with him as he knew in good faith, everyone’s desire was to serve the community. JD served as Chief until 2008, when his son Gage, the light of his life, was born. JD was proud and grateful to be confirmed in the Catholic faith at Resurrection Parish at the same time his son Gage was Baptized.

Even though JD experienced complex medical challenges, he completed Del Tech’s rigorous phlebotomy program in 2010. JD’s illness over the last 10 years raised awareness in those around him of the importance of handicap accessibility in every area of the community. JD enjoyed his courtside tickets at the Blue Coats Basketball games with Mary and Gage and working out, when able, at Nutrition and Exercise Concepts with Toze.

JD was predeceased by his parents and is survived by his wife Mary (Budd) Howell of 23 years, his son Gage Nathan and a large extended family.

Visitation will begin at 9:00 AM with Mass at 11:00 AM on September 28th at Resurrection Parish, 3000 Videre Drive, Wilmington DE 19808. A procession to Mill Creek Fire Company will follow. The family request those attending wear a mask.

In lieu of flowers, donations can be made to the Mill Creek Fire Company or Resurrection Parish. JD truly believed that every person could make a difference even with the smallest gesture. What would honor his memory the most, would be that you serve those in your community. Interment will be private. To send condolences visit: www.mccreryandharra.com.