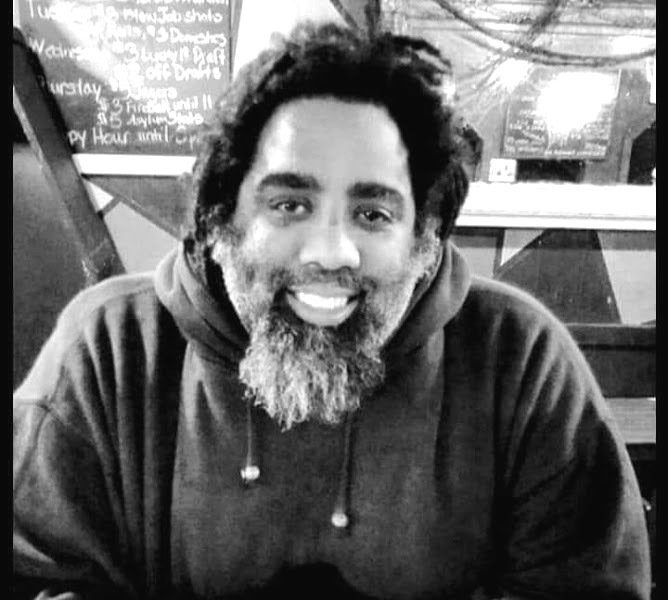 Two weeks late and after 12 hours of labor, Damon was born in Wilmington DE, a 7-pound 13-ounce bouncing baby boy, on February 9, 1972. He left his many friends and family on August 29, 2021, at the young age of 49 years. Damon is survived by his parents Bennett “Rick” and Ernestine aka Tina Betz, sister, Christina Emory, nephew, Jaycion Mitchell, aunt, Leona Jenkins, uncle, Charles Betz, great aunt, Sara Smith, and his cherished partner of thirteen years, Valerie White, with whom he lived a beautiful life with their two cats, Teddy and Arrow, in a cottage along the Delaware River.

From an early age, football and sports, in general, were a lifelong passion of Damon’s. His talent and football prowess were evident. He was the 8 year old champion of McDonald’s Run, Punt and Kick Competition for Somerset County (NJ), and went on to place second place in the state championship competition at the New York Giants Stadium at the Meadowlands. He attended many football camps including the US Naval Academy, Temple University, and Dickinson College. He was a 1990 Graduate of Tower Hill School where he was the first player from the school to earn a Division I-A football scholarship. Damon went on to play defensive end for the University of Kentucky Wildcats.

Damon spent his childhood summers at several camps; his favorite and most lasting memories and friendships were made at Camp Arrowhead in Lewes, Delaware.

As an adult, Damon’s work life was diverse. He worked in various trades, including the food industry, business, and the arts. A few places he called home over the years were: Longwood Gardens Production Manager (for 19 years), Porky Oliver’s Golf Course Catering, Delaware Business Systems, Grand Opera House, Zanzibar Blue, NKS Distributors, and most recently as an Acme employee. At the time of his passing, Damon was studying Business Management at Wilmington University.

He opened Pirate BBQ in Wilmington, DE, now home to the Nomad Bar, and worked in his family-owned business—Fat Rick’s BBQ—over the years. He spent many hours watching street food videos from around the world and sailed “the Seven Seas of Flavor” at home and when catering.

Damon was a gifted and talented artist, and the arts were deeply important to him. He assisted in the creation of the Bellefonte Arts Festival in 2009 with the love of his life and best friend, Valerie White. He was a writer, filmmaker, poet, songwriter, and musician who played in many local bands including The Bill Riccio Five, Class Seven Magna Star Cluster, and The Black Cheese. His short film, THE ADVENTURES OF MERCY WALSH screened at the 2011 Wilmington Fringe Festival. He read poetry at Warm Daddy’s in Phila. PA had a poetry performance called “Some Truth about Stars,” and he hosted a radio show at WMPH called The Golden Cage. Damon wrote theater reviews at the University of Kentucky and for Wilmington-area publications.

Always one to generously share his passions, Damon hosted “Music Appreciation” at area nursing homes where he spun vinyl records from his vast and diverse music collection for the residents’ reminiscing events.

Damon’s innumerable talents, interests, and occupations still do little to explain who he was as an individual. He was a kind, thoughtful intellectual, with a quick wit and a giant heart. The outpouring of grief at his unexpected loss speaks to the many ways he touched others’ lives. His humor, his warmth, his laughter, his unique mind, and his magic will be forever missed.

Friends and family are invited to share their stories, photos, and screenshots of funny texts from and about Damon by emailing: damonbetz.friends.stories@gmail.com.