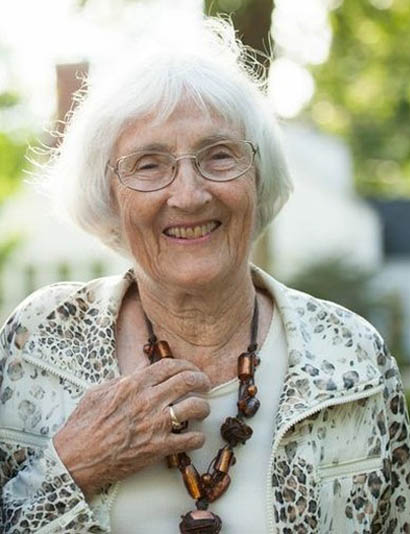 Wilmington - Faith Newkirk (Bishop) Jolley, 87, died on Dec 3, 2020 at Wilmington Hospital following a short illness. She was born on April 18, 1933 in Oneonta, NY to Dorothy (Allen) Bishop and Allan Dwight Bishop, Sr. She had fond memories of her childhood in Oneonta and has maintained close friendships with her classmates. She graduated from the University of Rochester in 1955 with a degree in American history. While there, she met a dashing young English Chemistry Post-doc, named Eric Jolley. They knew quickly that they wanted to be married and even though Faith’s mother was worried that “he might have another wife back in England”, they were married in July of 1955 and enjoyed a 65-year marriage. Faith and Eric lived in Berkeley, CA for several years before moving to Wilmington, DE when Eric began his career as a chemist at DuPont.

Faith had a lifelong love of the game of tennis starting in high school and she made many friends on the tennis court. She was a fierce competitor and enjoyed competing with her daughter, Missy at the USTA National Mother Daughter Tennis Tournament in Flushing, NY in 1984. Faith won 2 titles at the USTA National Team Tennis Championships with her teammates from Wilmington. Faith was the Assistant and then Head coach of the Tower Hill Girls’ Tennis Team, guiding the teams to 7 state titles.

Faith lived a rich and fulfilling life filled with travel, classical music, opera, and solving puzzles. She enjoyed raising her 3 daughters, and especially loved being a grandmother. She will be greatly missed and remembered for her keen mind, competitive spirit, and her enjoyment of a good laugh.

In honor of Faith’s life, donations may be made to the Delaware Tennis Foundation,​ attn: Megan Reardon P.O. Box 4414, Greenville, DE 19807 or www.detennisfoundation.org/

For the Life Celebration time and place- here is the Evite link: http://evite.me/hHG4mQHZ3U. Entering this website will not automatically RSVP you. If you reply from Faith’s obituary, you need not reply on Eric’s too.