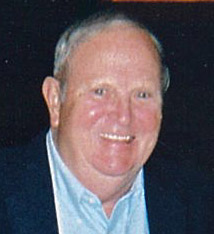 When he was 18yrs old he proudly enlisted in the US Navy and served during the Korean War for 4 yrs. Afterwards he was hired by the DuPont Experimental Station where he worked until retiring as a Senior Technologist after 41 yrs. Over the years Pete also worked part time for Delaware Park and as a bartender for places like the Colony Inn. He married June Winans in 1962.

As a sports fan he played many in his younger years. He was also an avid fan of University of Delaware sports attending as many games as possible. After Pete retired, he and June bought a second home in Gilbert AZ. They spent many years splitting their time between DE and AZ eventually staying in AZ. He and June loved traveling – enjoying many cruises to places like the Panama Canal and Alaska as well as many road trips.

The family would like to acknowledge and give special thanks to the following: Michelle Tinnes and Tammy Cabrera for years of friendship and assistance as well as East Valley Hospice and the staff of the Beehive Assisted Living for everything they have done over the last several months to help Pete!

A viewing will be held on August 16 from 10-11am at the McCrery & Harra Funeral Homes, 3710 Kirkwood Hwy, Wilmington, where a funeral service will follow at 11 am. Burial will be at Gracelawn Memorial Park, New Castle.