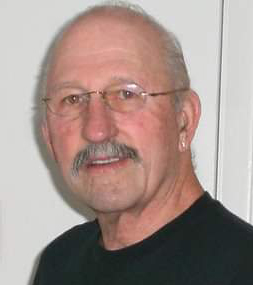 James H. (Jim) Schilling Jr., 80 years old, of Earleville, Md, passed away peacefully with his loving wife by his side on Sunday, June 27, 2021, at Christiana Hospital.

Jim (also known as Harry to his younger friends) was born in Wilmington, DE, the son of the late Josephine (Marcozzi) and James H. Schilling Sr. of New Castle DE. He was also preceded in death by his cousin William “Buddy” Schilling, who was like a brother to Jim, and one great-great grandson. He attended Salesianum High School and continued to work in the family business, finally taking over Marcozzi’s Pizza Parlor & Sub Shop when his parents retired to Florida in 1964.

A few years later, he attended the Academy of Hair Design in Wilmington, eventually opening his first salon as James Hair Fashions, then Schilling and Company, and finally Hair Now. After training in London at Sassoon Academy, he co-founded the Schilling-Douglas School of Hair Design with his colleague David Douglas, which officially became the first cosmetology school to receive national accreditation in the First State. Expanding his interests, Jim and his wife Nancy bought the Primo’s Pasta business, and founded Pasta World, delivering their frozen foods to four states as well as selling fresh pasta at their North Union Street store. Later, Jim joined the Teamsters. He and Nancy took to the road driving a tractor trailer from coast to coast. Jim lived for adventures and travel his whole life. The Pennsylvania mountains always called him and he eventually owned a place in Tioga County where he always found enjoyment.