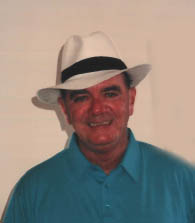 Thomas Francis Smith, age 84, passed away peacefully at home with his wife and children by his side on Tuesday, June 29, 2021.

Tommy was a native Wilmingtonian born to the late James and Nora Murphy Smith on September 7, 1936. He was a graduate of St. Paul’s Catholic Grade School and Wilmington High School class of 1954. He enlisted in the United States Air Force in 1954 and was honorably discharged in 1958. He met the love of his life, Kathleen Burawski, and together they raised four daughters and one son. Tommy retired from the DuPont Experimental Station (Building 322) in 1992 after 32+ years of employment. He was a longtime parishioner of the former Christ Our King Church in Wilmington and more recently a member of St. Ann’s Church. Tommy was a true Irishman and displayed much pride in his heritage as a former member of the New Castle County Irish Society where you could find him bartending alongside Kay. He and Kay were the 2006 recipient’s of the NCCIS Erin Award for their dedication and service to the society. Visit Tommy at home on a Saturday morning and you would be greeted by Irish music on his old radio. He arguably had the bluest eyes in all of Delaware.

He greatly enjoyed spending his free time vacationing with his children and grandchildren in Wildwood, NJ and at his cabin in the Pocono Mountains where he would be the first fisherman on the lake. He especially loved his trips to the “old country” visiting relatives in Ireland. And he could do a mean jitterbug with his Kay.

He was predeceased by his parents, his brother James Smith and his sister Eleanor Lawn.

Special Thanks to Delaware Hospice, Dr Alex Bianchi, and to all who sent well wishes and prayers.