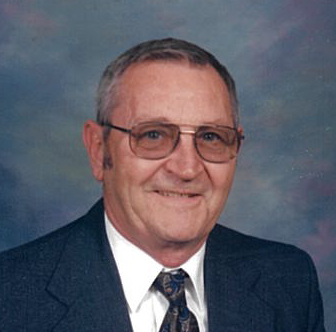 Delbert E. Lenker, 87, passed away surrounded by family in the early hours of Saturday, June 12, 2021, at Christiana Hospital.

Delbert was born on February 18, 1934, in Dalmatia RD Pennsylvania. He was the son of Stanley and Susan (Phillips) Lenker. He graduated from Mahanoy Joint High School in Dalmatia, PA in 1952. Delbert was a veteran of the United States Air Force. In addition to his service in the Air Force, he owned a farm until 1966, at which time he joined Dupont, retiring in 1991. Delbert was a lifelong member of the American Legion and an active member of St. Philip’s Lutheran Church for over 55 years. He enjoyed spending time with his family, traveling across the United States, and tinkering with multiple home projects.

Delbert is survived by his loving wife, Ellen (Zartman) of 68 years. He will be deeply missed by his wife and their three sons, Bryan, Dwayne, and Dale (Andrea), and four grandchildren, Dan, Andrew, Kelly, and Kerri. He is survived by his brother, Stuart (Lois) Lenker, brother-in-law, Gene (Charlotte) Zartman, sisters-in-law, Oleta (Dan) Calvert, Deb Lenker, and many nieces and nephews. He is proceeded in death by an infant daughter, his parents, his wife’s parents, Daniel and Mabel Zartman, his sister Marjorie (Bill) Snyder, and brother John Lenker.

A visitation for family and friends will be held from 10:00-11:00 AM on Saturday, June 19th at St. Philip’s Lutheran Church, 5320 Limestone Road Wilmington, DE 19808, where a service will follow. A burial will be at Stone Valley Church, in Hickory Corners, Pennsylvania, Friday, June 25th at 11:00 AM. In lieu of flowers, donations can be made to St. Philip’s Lutheran Church Building Fund. To send condolences visit: www.mccreryandharra.com.