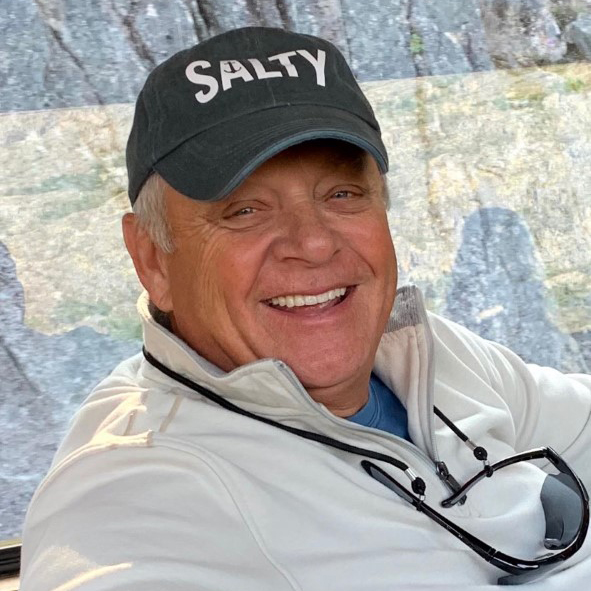 Bob was born in Three Rivers, MI, and was the son of the late Glen and Mildred Prater.

Bob had a long and distinguished career with Amtrak retiring in 2011, as Chief Safety and Environmental Engineer. Upon retirement from Amtrak Bob accepted a consulting position with HNTB Corporation where he played an instrumental role in the construction of Sunrail, guiding the commuter rail system through the various safety and environmental agencies.

Not only was Bob exceptional in his career but he was also an expert in retirement. He loved his Mustang convertible, playing golf 3 to 4 days a week, playing pickleball, boating, fishing, riding his bicycle and he especially loved eating ice cream. But above all he loved his family. Bob had a knack for making friends and was always ready with a story or joke.

Throughout the years, Bob enjoyed coaching his children’s baseball and softball teams and cheering them on in all their endeavors. Known lovingly by his family as “Mr. Fix It” Bob never encountered a problem he couldn’t solve, even if it took him all day, he would get it done. Bob was generous with his vast knowledge and always ready to lend a hand to anyone who needed it. Bob will be forever remembered for his sense of humor and huge heart. His wife, children and grandchildren remain eternally grateful that he was theirs.

Bob was predeceased by his in-laws, Jayne and Chester Dewey and his sister Paula Maguire. Bob is survived by his wife, best friend and soulmate of 46 years, Joyce (Dewey) Prater, his children Staci Hammonds and her husband, Nick, Todd Prater and his wife, Lindsey, and Jaime Prater and her husband, Dan McBride. Bob also leaves behind to forever cherish his memory his four grandchildren whom he so adored, Emery and Palmer Hammonds, Rylee Prater, and Sydney McBride. Bob is also survived by his sister, Sheila Page, and his brothers Glenn, Mitchell and William Prater and his nieces and nephews.

Due to Covid restrictions the service and burial will be held privately.

In lieu of flowers please consider donating in his memory to either The Wounded Warrior Project, www.woundedwarriorproject.org or The American Heart Association, www.heart.org