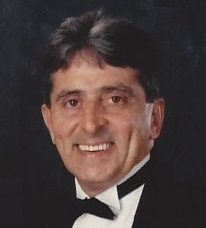 Claymont- Anthony Bucci recently passed away suddenly and peacefully at his home. A life-long native of Claymont, DE, he graduated from Claymont HS in 1959 following a full and distinguished four years.

He joined the United States Army and upon completion of service to his country, returned home to begin a 50+ year professional career that spanned a range of industrial employers, most notably Phoenix Steel and General Chemical, all of which he out-survived. He also worked in a part-time capacity for the Philadelphia Phillies sales office for many years, and upon retirement from his blue-collar career, he enjoyed working for Mittelman Dental Lab. Tony enjoyed competing on the company golf team with his coworker friends, and was an avid runner for several decades. In his limited spare time, he took up woodworking, gifting many heirloom pieces. As a talented craftsman, he possessed a range of skills that he freely supplied to family, neighbors and friends that needed a helping hand.

He was pre-deceased by his parents Anna (diGiorgio) and James Bucci; his brothers Pasquale Bucci and Nicholas Bucci, and his sister-in-law Rose Bucci. Tony’s greatest legacy was in his devoted and loving marriage to his wife of 56 years Lydia; his two sons, grand-children, and extended family. Tony is survived by his wife Lydia Bucci, sons Anthony (Lisa) and Albert (Pam), and his four grandchildren Lauren, Michael, Matteo and Kaiya as well as a sister Mary Carlisle.

A man of few words, he sometimes shared his thoughts and opinions on current events, only to receive some loving “coaching” from family. He possessed a magnetic personality and his generosity with time and support to his family were limitless. He was as comfortable in his own skin as he was in his blue work jumpsuit that he would don like a super-hero to help his family.

Private services will be conducted with a celebration of life memorial to be planned for summer 2021. In lieu of flowers, the family requests donations to The American Heart Association and/or American Lung Association.