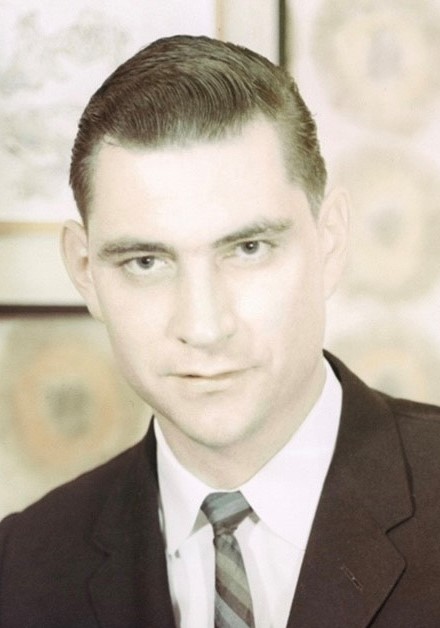 Easton, MD- Edward D. Powers, age 88, passed away at his residence in Wilmington Delaware on March 9, 2021 after a long illness.

Ed was the son of the late Joseph (a merchant mariner) and Catherine Powers, émigrés to the United States from Newfoundland. Ed was born and raised in Brooklyn, New York. He was the first in his family to graduate from college, obtaining a Chemistry degree from St. John’s University in 1954.He met his wife Doris, also a degreed Chemist, while in college. He and Doris had six children.

Ed served in the United States Army in Alaska during the Korean War. He eventually started his career at Lever Brothers in NYC. While living in Tenafly, New Jersey, helping Doris raise his oldest three children, and working full time, he attended Farleigh Dickenson University where he received his MBA.

He progressed into management positions in purchasing and materials management with Lever Brothers. He worked for Universal Oil Products (UOP) from 1966 to 1970 after he was recruited to establish a corporate purchasing department. He left UOP for a position with ITT Grinnell, and was transferred to various locations, including East Greenwich, Rhode Island and Elmira, NY, where he was named president of a newly acquired business, Kennedy Valve.

Ed eventually became president and CEO of the Mueller Company in Decatur Illinois retiring from there in 1986.He was named to the Chicago Federal Reserve Board in 1985 and served until December 1990.

In the late 70’s he bought a small private company, Penn-Troy, based in Troy, PA, and eventually turned the leadership over to his son Gregory who became its president. Ed purchased Firebrick Company in 1983 and Curtis Industries in 1987, both in Milwaukee Wisconsin, combining them under the name “Powers Holdings”. He recruited his sons Richard and Steven Powers to run them.

Aside from his distinguished business career, Ed’s passions included sailing, traveling around the world with Doris, golf and most importantly his family. He and Doris created an environment for their children and their spouses, grandchildren, siblings, nieces and nephews to ensure that everyone would remain lifelong friends who loved and supported each other. He and Doris bought a 17-acre home on the Chesapeake Bay, and hosted 30 years of family reunions with 150 aunts, uncles and cousins, as well as hosting family holidays with “just” their 38 immediate family members. Ed had high expectations of his family and was very generous in sharing the blessings of his lifetime of hard work and success with his extended family. He and Doris have given generously to their colleges, their own Catholic parish, and a number of other deserving charities.

A viewing will be held on Tuesday, March 16, from 10-11 am at McCrery & Harra Funeral Homes, 3924 Concord Pike, Wilmington. Due to the present pandemic, Mass and burial will be held privately. Visitation will be held in accordance with the current health directives, wearing masks, social distancing and capacity requirements.

In lieu of flowers, contributions may be made to the St. Vincent DePaul Society.