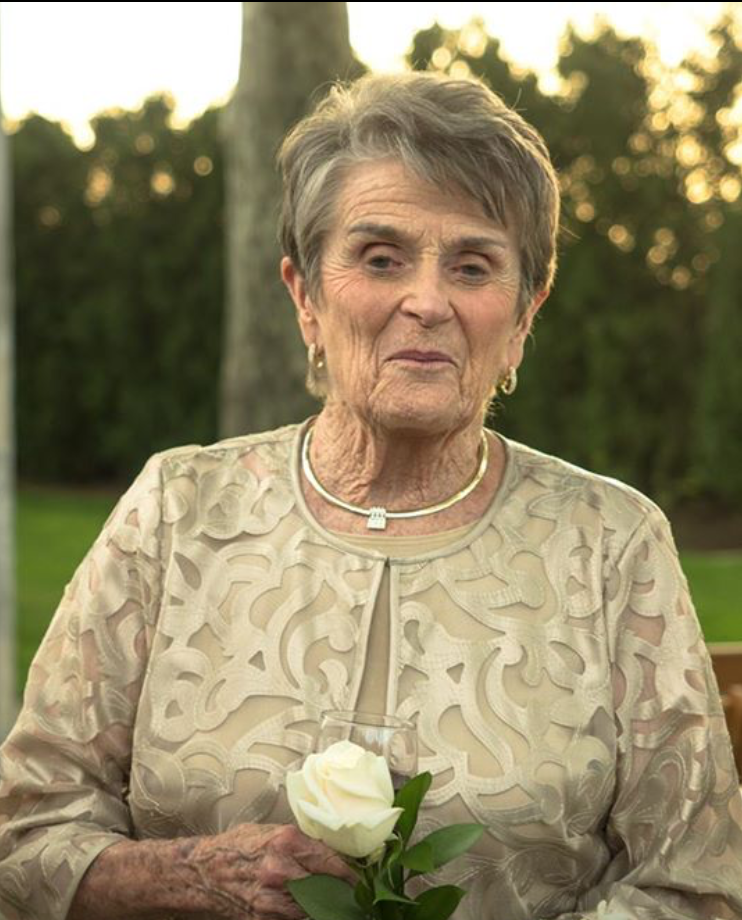 Esther Frances Ambrogi-Hurley (nee Duffy) passed away peacefully on March 5, 2021, in Wilmington, DE, after a full and fruitful ninety-four years on this earth. All her children were on hand to bid her farewell as she brought her remarkable life to a close.

Esther was born December 4, 1926 in Philadelphia, PA, to parents James and Esther Duffy, the founders and operators of Jimmy Duffy’s – a premier restaurant and catering concern for almost a century. From her first home in Philadelphia, she moved on to Daylesford, PA, with her parents and three brothers. She attended Rosemont College, where she was especially taken with mathematics, fine arts, basketball, dinner dances and eventually a young man named Robert Ambrogi. Esther and Bob were soon married, and he became a partner at Urban Engineers in Philadelphia. Their first home was in Ardmore, and then they built their family home in Daylesford, right across the street from her parents’ and brother’s family homes. There Esther and Bob raised their eight children.

Esther was dedicated to family, faith and service. She always made time to attend her children’s sporting events, which were numerous, and she kept a lovely home. She was known for her social charm, her good taste, and her playful sense of humor. When she could make time outside her parenting duties, she volunteered at the Daylesford YMCA, sharing her talents in various capacities. A devout Catholic who never missed Mass, Esther also volunteered at Daylesford Abbey, serving for a time as a Eucharistic Minister for those at Bryn Mawr Rehabilitation Center. Esther had an adventurous spirit that took her traveling to many other countries, including those in Europe, Africa and the Near East. And as soon as her children became more independent, she found time to play golf and tennis, at both of which she excelled. Physically fit and active, she continued to play sports, swim and exercise well into her 80’s.

After forty-six years of marriage, her beloved Bob passed on. Some years later, she embarked on a new married life with Frank Hurley, welcoming his four children and their families to join her already substantial clan. Esther and Frank moved to Media, where their home was a busy holiday venue for a blended family that eventually included fourteen grandchildren and eight great-grandchildren (all of whom affectionately called her “Grandear”), and as many as seven dogs. Jazz, the rambunctious pup who kept her company in her later years, was a special favorite.

After her dear Frank passed away, Esther took up residence at Wellington at Hershey Mills in West Chester, and finally at Rockland Place in Wilmington, DE, near her youngest daughter Joanne. Her days were marked by fortitude and good humor, and a persistent thankfulness for the blessings of her life.

A celebration of Esther’s life will be held at 2 pm at the Marriott Philadelphia West, 111 Crawford Ave., W. Conshohocken, PA 19428. Please RSVP to Joanneambrogi@live.com

In lieu of flowers the family suggests donations in Esther’s name to Cathedral Kitchen, https://cathedralkitchen.org.